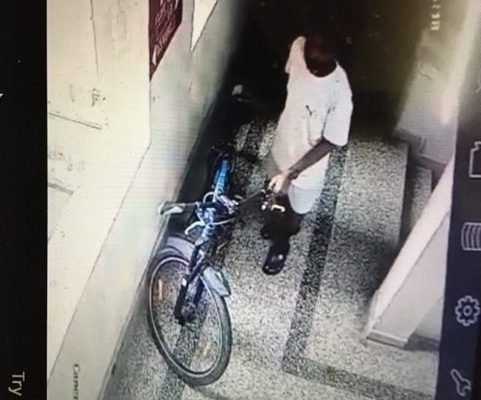 Do local police bother much when a person comes by to report the theft of a cycle?
Well, a resident of Gokul Towers , near Mookambika Complex in Alwarpet says they hardly bother.
P. Srikant, in a email said that a stranger came into the building where he resides, came up to the second floor at about 7 am on Nov.4 and walked off with his bicycle.
The incident was captured by the internal cameras on the CCTV system in this block; Srikant says the CCTV footage shows the face of the ‘thief’ clearly and this was shown to the police at Mylapore police station where he registered his plaint.
He says, “They don’t seem particularly interested in chasing bicycle thefts. In the complaint, they asked me to write – my cycle is missing… help me find it …. they did not want me to use the word theft or mention I had CCTV footage.”