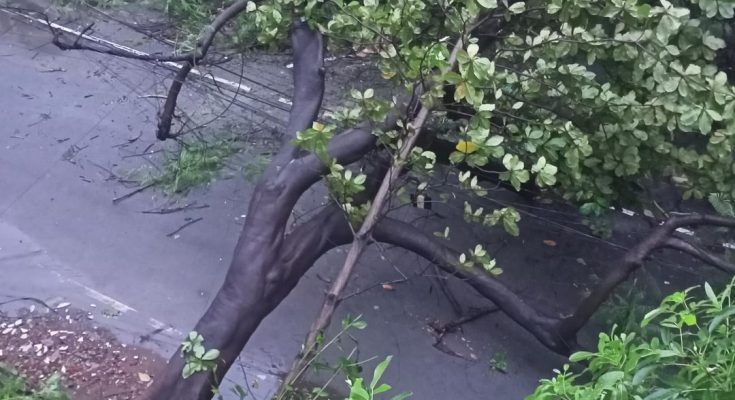 A avenue tree crashed in East Abiramapuram 2nd Street last night but it remains where it fell, thus blocking much of the street since civic agencies have taken time to respond to SOS calls.
Local resident Sridhar Venkataraman who reported this says that people who drive through this area are advised to avoid the 2nd Street stretch between Canal Bank Road and East Abiramapuram 1st Street and that autos, small cars can use the 3rd Street or Ranga Road to get through the area.
Sridhar acknowledges Police Head Constable Perumal of E1 Police Station and his team ‘who were monitoring the situation since last night but were able to get the help from TANGEDCO and the relief team only by 4 a.m.’
Sridhar advises Mylaporeans to call 100 in case there is a tree fall. “That remains the best option in a city which has agencies and individuals in silos,” he adds.
Photo; SridharVenkataraman