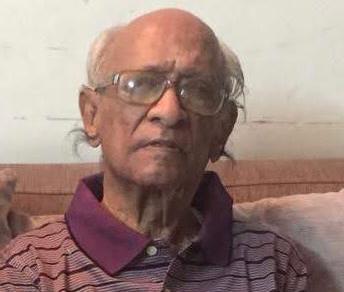 He was the son of Dr Natesan, grandson of Raosahib Narayana Iyer and great-grandson of Chidambara.

He was a practicing advocate of Madras High Court. In his distinguished career spanning more than 50 years, he held several positions including secretary and librarian of Advocates’ Association for many terms.

He was selected to serve as a junior to Justice M M Ismail, former Chief Justice, who he considered as his guru. He  cofounded and served as the associate editor of Tamilnad Law Notes Journal. In that capacity, he authored and published various law books.

He was also a passionate social worker and was an active leader and member of Lions Club and Kalyan Nagar Association. Along with his wife, Vasantha Maninarayanan, he led several charitable activities and community projects. Among all his endeavors, most notable and the one that was close to his heart, was his campaign to raise funds and co-ordinate donations of dothis and sarees every year to inmates of various old-age homes on the occasion of Deepavali, his family said.

He was an alumnus of P. S. High School, A. M. Jain College and Madura College.

He is survived by his wife, Vasantha, sons and daughter-in-laws, Chidambarakumar and Gayatri, Srinath and Jayashree, Venkatesh and Meenakshi, and grandchildren.