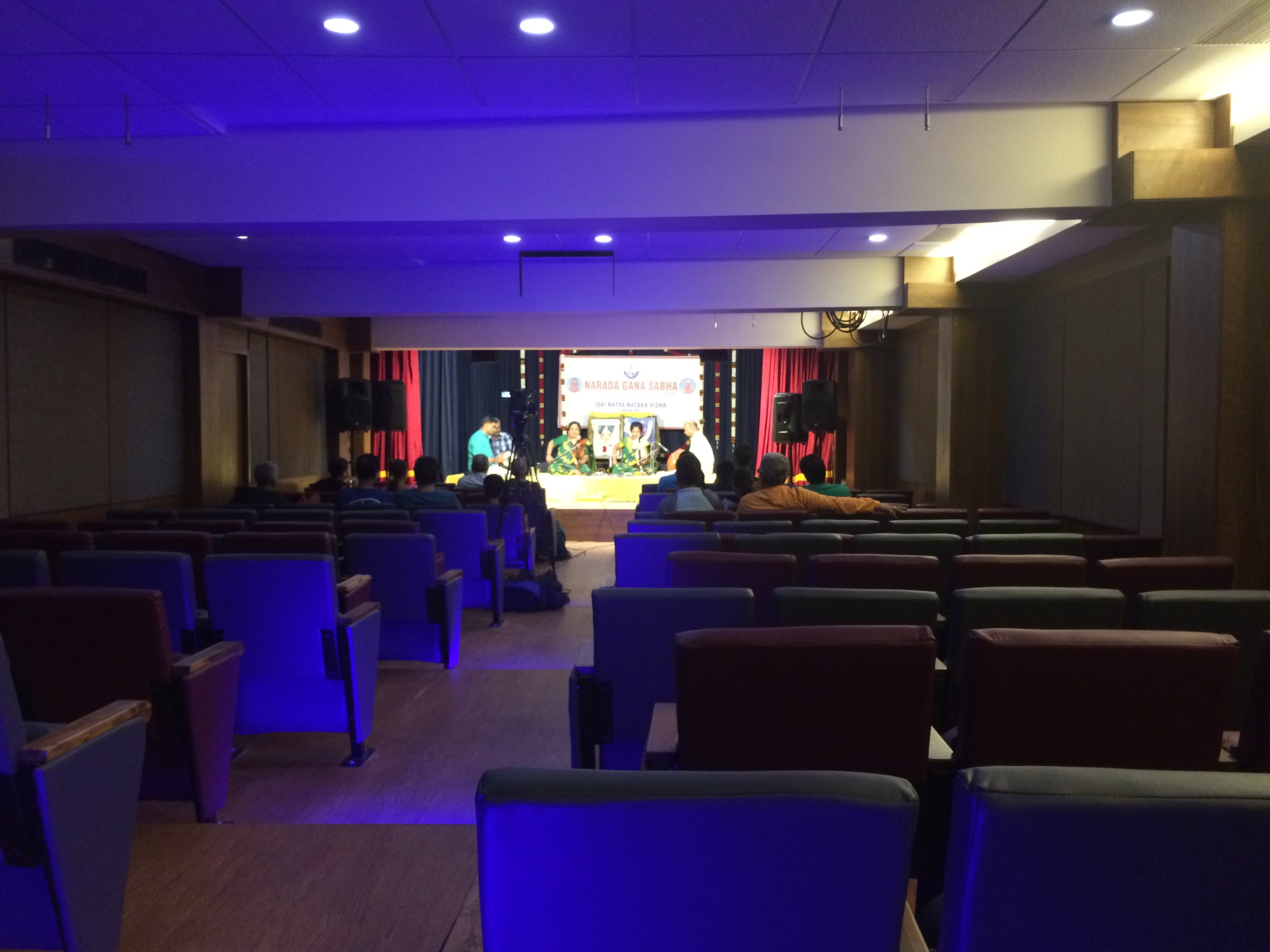 The December Season of music and dance is not abuzz all over the sabha halls. There is the downside too. That is, artistes performing to near-empty halls.

The main auditorium and the two mini halls were venues for concerts that evening.

At the main hall, the first dance recital, which ended at about 6.30 p.m. had some 75 people, with a sprinkling of dancers and dance students. But for the second dance, a production by a senior teacher and artiste, there were some 30/40 people when the curtain went up.

The recitals here are ticketed ones.

In the two mini halls at Bhavan, at a given point there were about 10 people, counting 4/5 people who knew the artistes closely.

Here, after 7 p.m., people strolled in, stayed on for some 15 minutes and walked out. In one hall, a senior vocalist was on stage.

Similar is the case at the cosy mini hall of Narada Gana Sabha in Alwarpet. Even where the artistes have made a name for their artistry, some 20 plus people care to sit through the concert where listening to music is a pleasure after the hall was renovated.

Says one festival organiser who wished to remain anonymous, ” I cannot understand why some organisers have concerts at 3 and 4 pm when it is clear people will not attend them. Even if the intention is to provide a platform to young talent, what purpose is served when the artiste sings to a near empty hall?”.