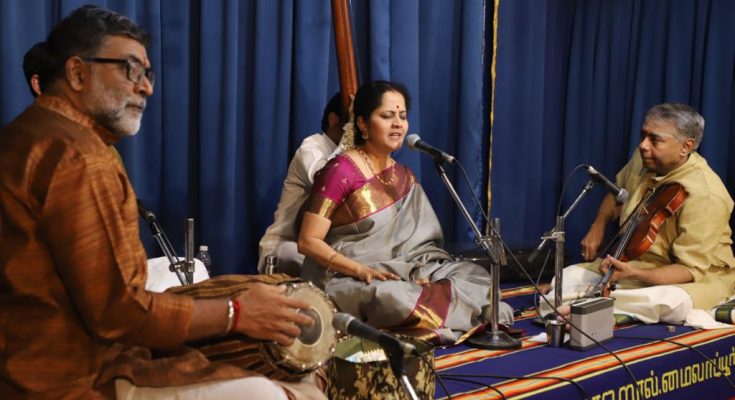 Some 70 people, mostly in their 60s and 70s sat through the concert that launched the annual December Season music festival of Naada Inbam at its Raga Sudha hall in Luz on Wednesday evening,  December 7.

There were no speeches, no awards to hand out, no felicitations. Just the music.

And with with vocalist Gayatri Venkataraghavan and a set of senior artistes with her on stage, it was a concert worth listening to even as the dew fell as early as 7 p.m. and a few walkers did the rounds inside Nageswara Rao Park, that lies on this border. 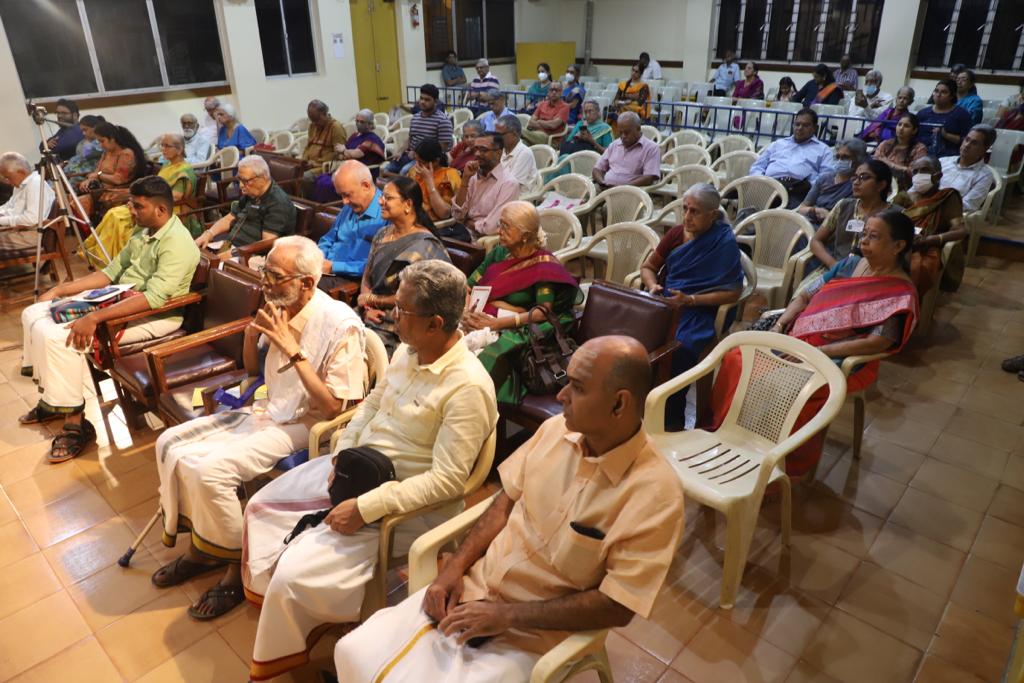 Naada Inbam has dedicated the fest to its late founder S. V. Krishnan and its festival format follows faithfully what SVK, as the founder was called by friends, set out – slots for young artistes who are impressive, for super seniors whose music is pristine and for others who follow tradition.

Admission to the concerts, to run for four weeks, into early January 2023 is free; there are two daily and three on weekends and during the Christmas season.

Naada Inbam’s Jayalakshmi says that though she manages the fest with support from well-wishers and Naada Inbam funds, she welcomes donors. “The bills are stiff when such festivals are held,” she says. “Patrons alone can keep such festivals going.”