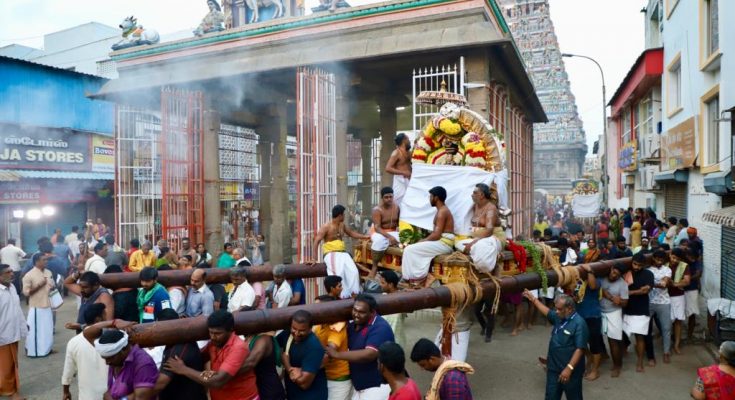 Hundreds of devotees had Arudhra Darshan early Friday morning at Sri Kapaleeswarar Temple. Following the Deepaaradhanai, Nataraja and Sivakami went around the 16-pillar mandapam  on the Saptha Patha utsavam with Vedic recital, Othuvars’ verses, mukha veena at play, mathalam, the beating of drums and nagaswaram music forming part of this procession. A feature of the seven-round procession is the white cloth tied around both Nataraja and Sivakami.

Each of these rounds has a special significance connoting stithi, samharam and sthirobhavam, among others.

The temple’s exec. officer R Hariharan was present through the entire utsavam from 4.30am.

After 9 am, Nataraja and Sivakami were to be taken on the Mada Streets procession and in the evening, a shanthi abhisekam was scheduled.

Earlier on Thursday night, soon after Kapaleeswarar and Karpagambal returned from the Pon Oonjal utsavam on Thursday night, Nataraja and Sivakami made their way out for a procession around the prakara to the Thiru Kalyana mandapam.

The colourful yellow and blue canopies made for a beautiful sight. Every bit of the way, Nataraja delighted the devotees who stayed back late into the night for the start of the Arudhra Utsavam with his dancing steps to the loud beating of the drums.

The moment he entered the mandapam, there was a rather unusual spell of heavy rain that surprised the devotees. Past 11pm, they sat in front of the mandapam to watch the abhisekam. 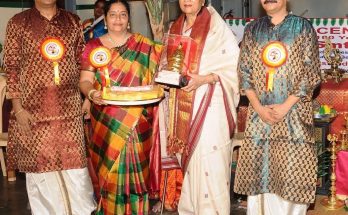 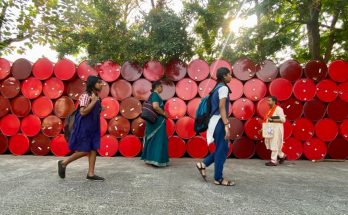