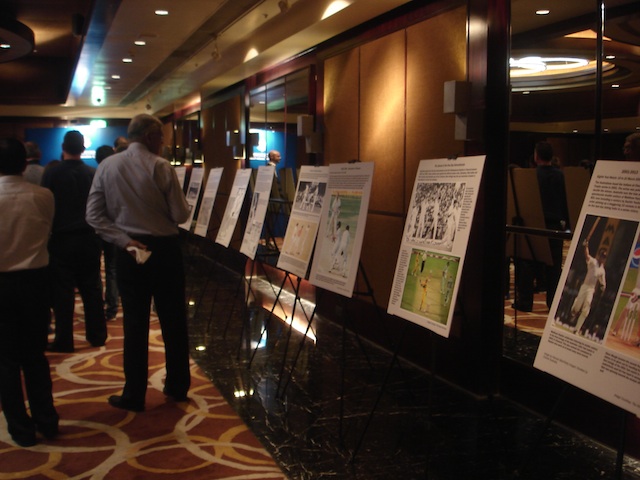 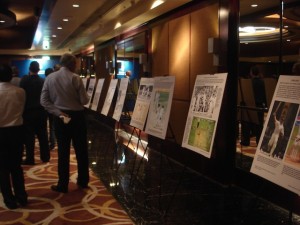 Here is a show for cricket buffs. One that is associated with the Madras Day 2015 celebrations. Australia in Chennai: A Photographic Exhibition on 60 years of Australian Cricket History in the City is opening later tonight and will be on until Sunday 23 August in the lobby of the Crowne Plaza Hotel, TTK Road.

The Australian Consulate-General, Chennai has organized this photographic exhibition and this coincides with the tour of the Australia-A cricket team to Chennai. The show chronicles memorable and historic moments from the ten Test matches and four One Day Internationals that Australia has played in Chennai.

The exhibition will be open to the public and will be on display at the lobby of the Crowne Plaza Hotel, TTK Road, Chennai.

< Photo shot at inauguration of the show.