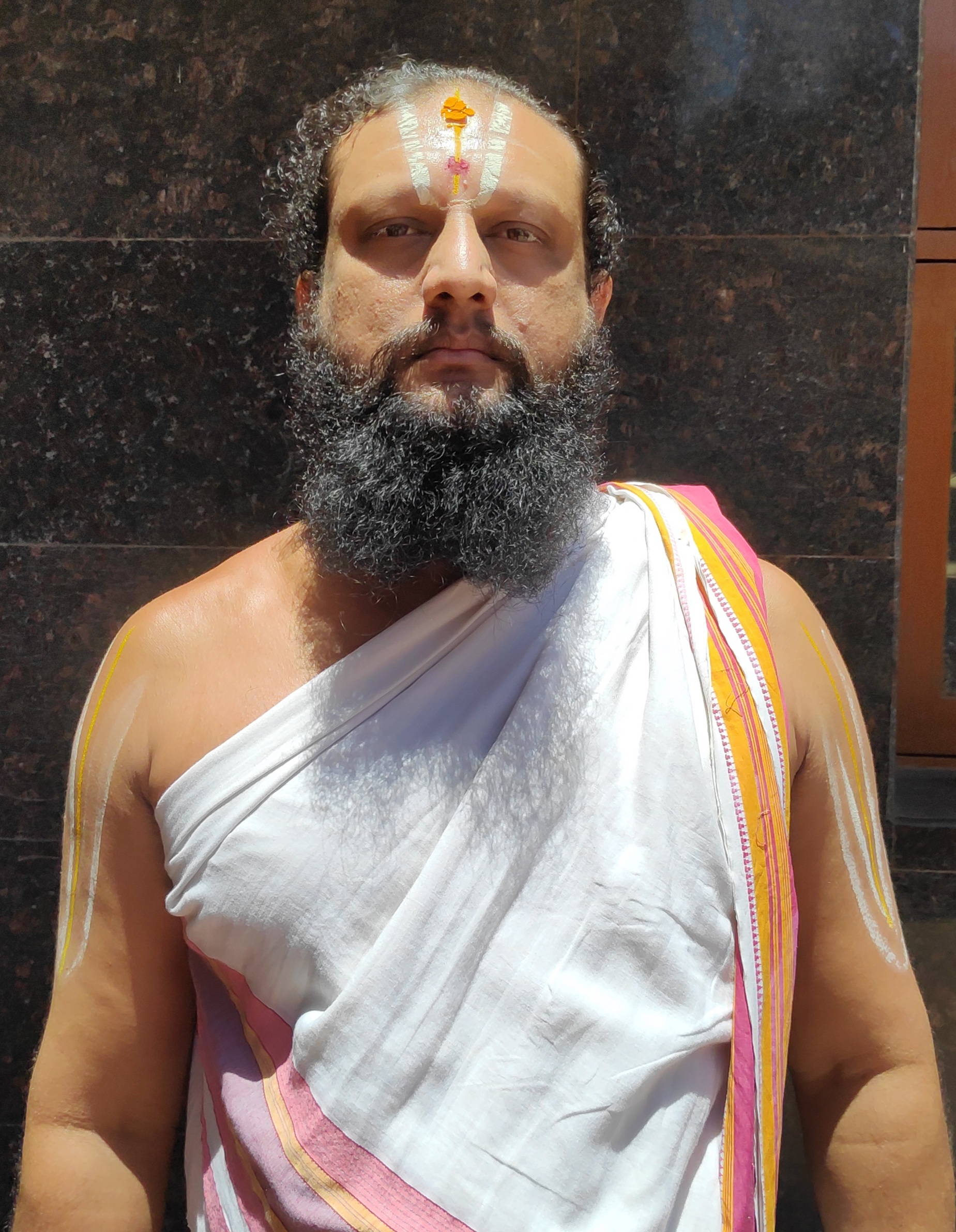 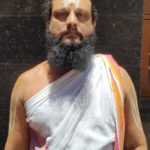 For the first time in over a decade, this Mylapore temple priest has had normal sleep in Vaikasi: courtesy  the lockdown.

If all had been well, it would have been the busiest fortnight in the year for 37 year old Kozhiyalam K Seshasayee, archaka of Sri Vedantha Desikar Srinivasa Perumal Temple in Mylapore.

Seshasayee Bhattar  (referred to as ‘Sriram Bhattar’ in the temple circles) has been performing archaka service in the temple for a dozen years now.

Vaikasi is the time of the annual Brahmotsavam at Sri Srinivasa Perumal Temple, the 10 day period when the Lord goes out around the four big streets on  vahana processions, both in the morning and evening.

This festival would have seen its culmination just a couple of days ago had it gone to plan this year.

Over the last decade, his days and nights have been really long during the entire period of the Vaikasi Brahmotsavam and he rarely went back home in the night, for the alankaram of the Lord that he took care of after the Vahana procession in the evening went up to well past 2 a.m. on most nights.

During the ten days of the utsavam in Vaikasi, his typical day began at 5.30 a.m. or so with the Vahana procession in the morning and ended well past midnight.

He says he slept inside the temple during the period of this grand festival. His only periods of rest during these ten days would be in the afternoons. Vaikasi is also the month of the Avathara utsavam of the great Vaishnavite saint poet Nam Azhvaar, whose birthday is celebrated on June 4. This utsavam too includes street processions and presentation of the sacred verses of the saint poet.

Sriram Bhattar says he was devotionally well prepared for this Vaikasi utsavam this year as well until the lockdown decided otherwise. The last fortnight has been very quiet for him – minus the buzz of devotees, the prabhandham chanting on the streets and cries of Sri Patham personnel carrying the heavy Vahanas on their shoulders.

While the daily poojas are being performed, the absence of the Brahmotsavam has meant that for the first time in over a decade, Seshasayee has been able to stay put at home through most of the nights in Vaikasi.

He says he has spent his free time reading through scriptures and books on the epics.

Will the utsavam be conducted at a future date?

“If the lockdown is lifted for temples this month, we are hopeful of organising the Brahmotsavam as early as Aani (mid June-mid July). In any case, the Brahmotsavam has to be organised before the Puratasi Pavitrotsavam.” he says.