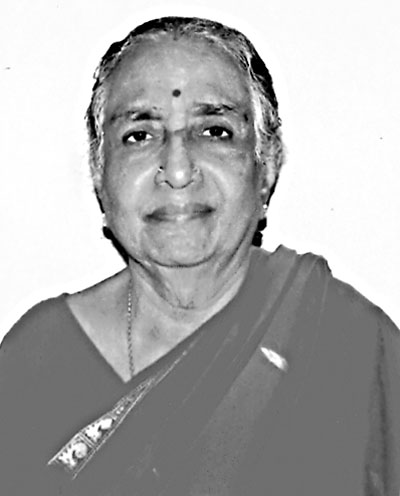 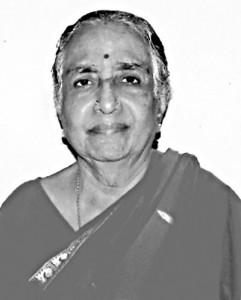 V. Annapurani Ammal passed away in Chennai on May 19 at the age of 84. She was the daughter of A. Venkataramanan who served in a senior position as Deputy Chief Engineer in the PWD at Chennai.

Her mother, Gomati Ammal was known for her social work in the early days of Raja Annamalaipuram. She was married to P.N. Krishnan.

Annapurani Ammal was a self-made woman of great fortitude. Widowed at a young age, she graduated with a B.A. degree in music and also qualified for a B.Ed. degree from Lady Willingdon College and worked as a teacher in Children Garden School, Mylapore for over 2 decades.

She was a composer of merit of many songs for children. She was known for her generosity, her family said. The land where the Kanchi Kamakshi Child Trust Hospital is now situated was donated by her.