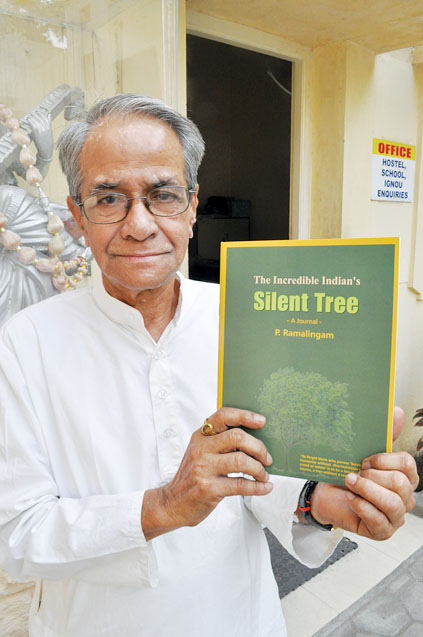 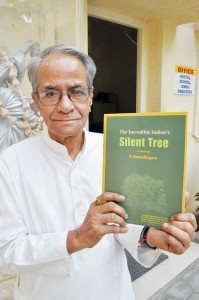 It was to commemorate the memory of his wife, Kamala who passed away a few years ago and was a low-profile social worker throughout the many troubled political times in places where Ramalingam was posted.

Ramalingam retired as an Executive Director from Madhya Pradesh Electricity Board in 1986. A graduate of Benares Hindu University, Ramalingam had always been involved in general studies as well as social work.

This unflagging interest he ascribes to his late wife, Kamala who was always on hand to help those in need when they needed it most. The journal records some of the significant episodes in their lives and the way Kamal went that extra mile to reach out to those in distress. The journal is laced with humour also and makes a pleasant read.

At the launch were members of voluntary bodies like SWSTIC and ECONWEL. The event was also a curtain raiser to the setting up of the ‘Kamala Community Radio Station at Lakkayankottai near Dindigul.

For the people of Lakkayonkottai this radio station would give updates on commodities market and agriculture trends / prices and would be a veritable RTI tool in their hands, says Ramalingam. You can contact Ramalingam at 2467 2406.