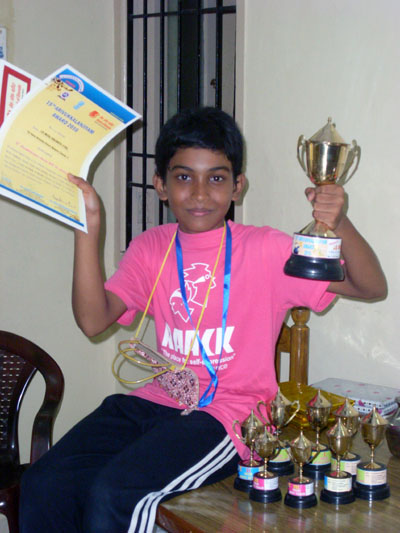 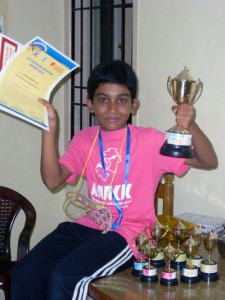 Arrivukalanjiam award for children 2010 was awarded during children day. It was organised by MTS Academy – Mylapore, Nehru Yuva Kendra (Ministry of Sports and Youth Affairs) – New Delhi and Bank of Baroda.

This is the second time that he has won this award. The previous time was in 2008 when he was in Class III.

The competition is conducted annually and has been drawing students from all over south India.

The chief guest at the event was former judge of Supreme Court, Justice Mohan.