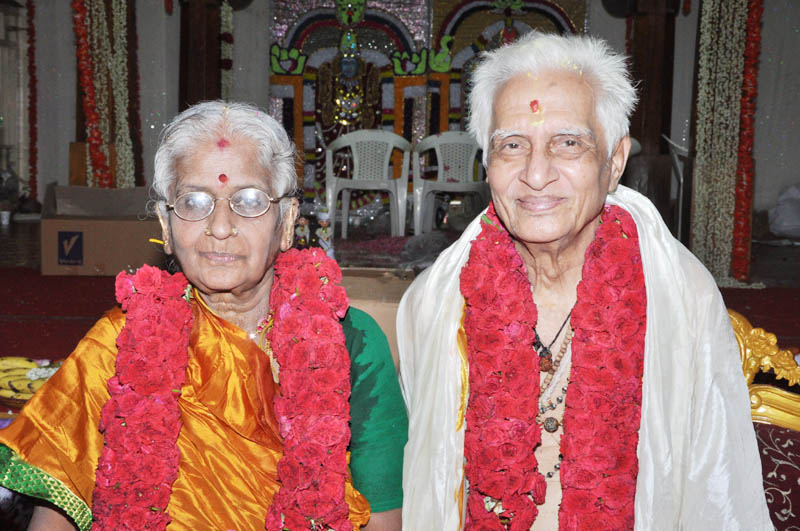 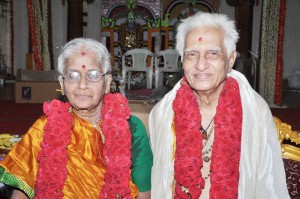 T. R Balasubramaniam, a resident of Mylapore for over 50 years had his sathabishekam celebrated in a grand style on May 3 and 4 in Mylapore.

TRB or ‘LIC’ Balu as he is fondly called by many, hails from Mayiladuthurai (erstwhile Mayavaram) in Tanjore district and moved to Chennai in 1954 and had a long stint of 36 years with LIC and retired in 1991.

His wife R. Alamelu, has been a secondary grade teacher by profession and had a teaching career spanning over 35 years initially in a school in Mylapore and then in Saidapet.

Kalyana Raman also released a book which was published by TRB’s daughters and son-in-laws in commemoration of the sathabishegam celebrations – the book has pictures of the favorite deities of TRB and also slokams on Ganesha and Shiva, apart from a shorter version of Ramayan which can be chanted daily by anybody.

– This report was contributed by Prakash M. Swamy