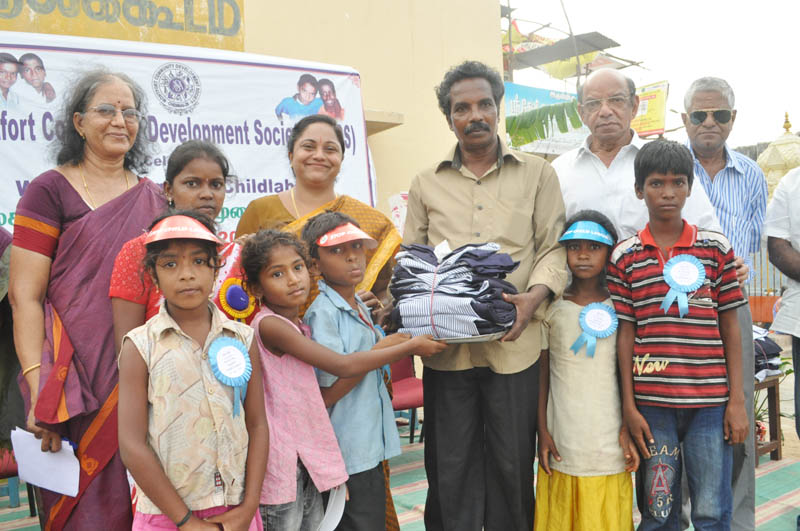 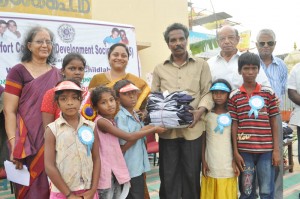 Montfort Community Development Society (MCDS), a city-based NGO has been trying to get children who work in the San Thome area to go back to school.

On the occasion of  World Day against Child Labour on June 12, this NGO organised an event at Srinivasapuram, near Foreshore Estate to admit a new batch of children this year.

The event began with the lighting of the lamp. Children of Pattinapakkam Transit School sang the Tamilthai Vazlthu and the Child Labour Awarness song.

Arjunan distributed uniforms to the children. The MLA also spoke on the occasion.