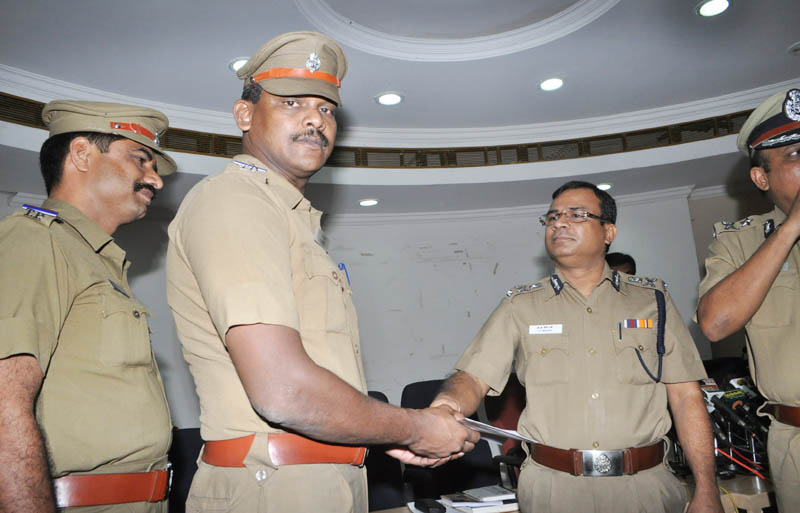 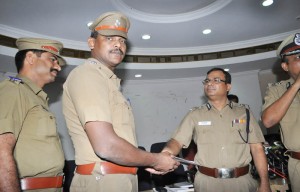 Foreshore Estate police arrested the person who is charged with the murder of a young woman in Mandaveli last week.

Marimuthu of Thiruvanmiyur was picked up by the police on July 18 at Besant Nagar’s Elliots Beach.

Police said he confessed to the crime. Marimuthu had been working as a mason in the adjoining house of Nachal for about 9 months. It was during this time he has been following the movements of Nachal.

Police sources say that on the day of the crime, Muthu had entered the Nachal’s house on the pretext of checking seepage in the wall. Once inside, he blocked her and demanded her jewels and cash.

When Nachal resisted and attempted to raise an alarm he caught hold of her and strangled her to death. Later, he had removed her jewellery and locked the door from outside and left.

The police have recovered the stolen jewels, cash, the cell phone of the victim and the motorcycle used by Marimuthu to commit the offence.

At a press meeting held in the City Police Commissioner’s office, Egmore Inspector Stephen of Foreshore Estate and his team were awarded cash prizes by J. K. Tripathy, Commissioner of Police.