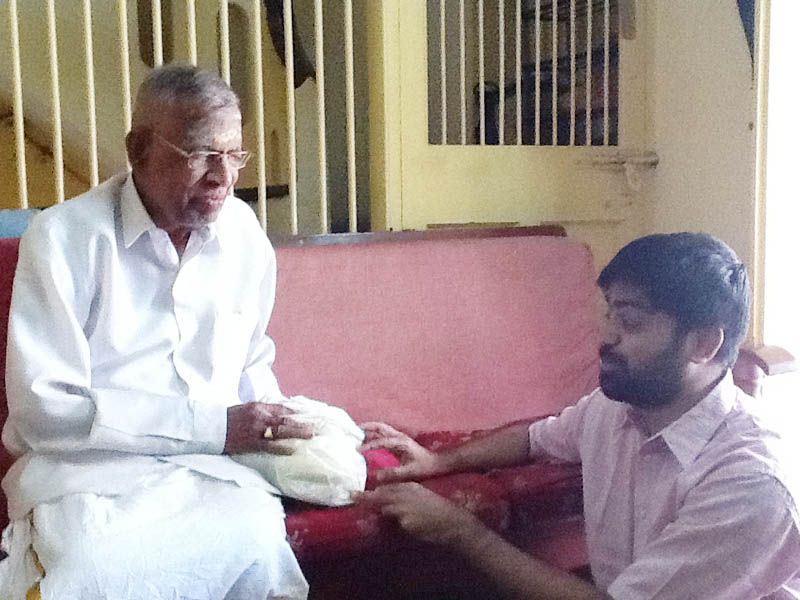 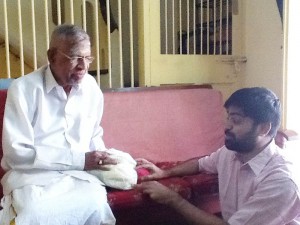 Senior violinist M S Gopalakrishnan of Mylapore has been conferred with the Padma Bhushan award by the government.

He was among the many distinguished Indians who were named for the various Padma awards that are announced on the eve of Republic Day.

MSG as he is fondly known among the Carnatic music community as well as rasikas was earlier decorated with the Padma Shri award besides the prestigious Sangita Kalanidhi award that the Music Academy awards to a distinguished classical artiste at its Conference annually.

As the news of the award did the rounds, senior artistes called this violinist who is a master in the Carnatic and the Hindustani styles and has performed widely in India and abroad.

At his residence on Apparswamy Koil Street (opposite the Sri Anjaneya Temple, Luz) , the 81 year old artiste welcomed a stream of his students and his son’s students even as his phone kept ringing all the time.

Says MSG, “I am happy with the award. Awards come to those who deserve them. We should not go after awards.”

Adds his daughter Lata, “It has been a great year for my dad. As a part of the ongoing commemoration of the 150th birth anniversary of Rabindranath Tagore, the Sangeet Natak Akademi chose him for the Tagore Akademi Ratna and now comes the Padma Shri award.”

MSG has promoted and upheld the Parur bani of music which was created by his father. He has been performing on stage even at this age.