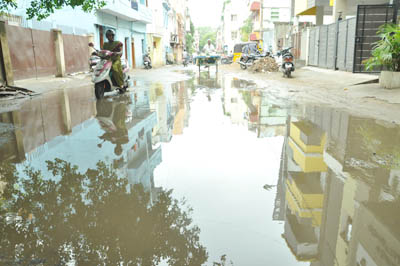 Showers on Thursday in the city may have brought some relief to people but they created recurring civic problems for Mylapore’s residents.

Here is a glimpse of how the neighbourhood looked, after the rains.

Water stagnation was still the predominant problem in many parts. 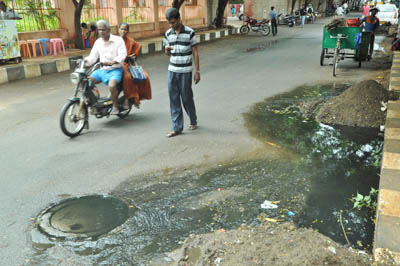 The Mandaveli Bus Terminus was no exception. It was almost flooded with rain water.

Residents here say that this has been the situation for the last 5 years.

Every time it rains this manhole starts leaking and sewage flows out, says a resident.

A few corporation workers from ward 126 were seen doing their rounds in the area. They started clearing stagnate water and blocked holes. 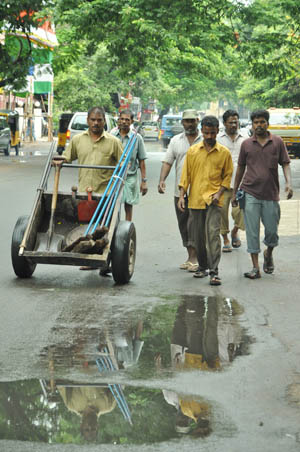 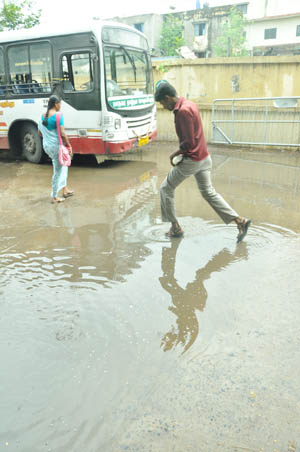