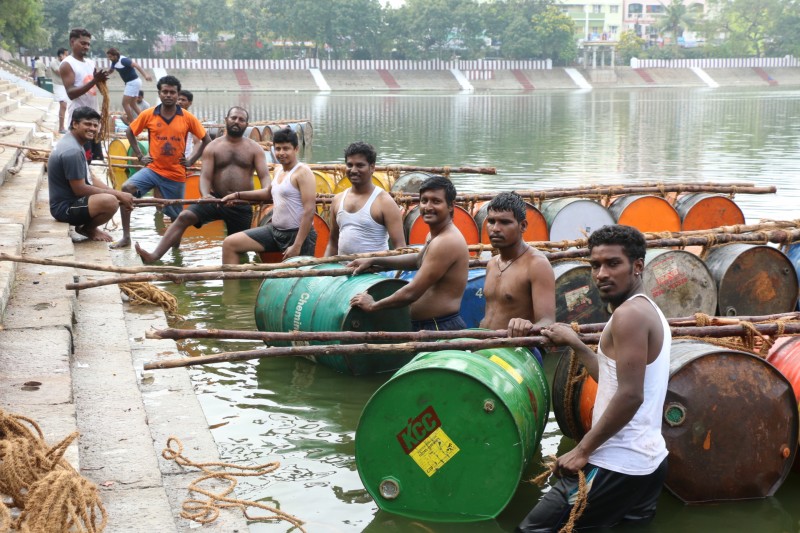 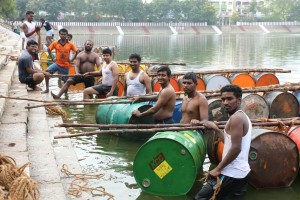 Thai Poosam Teppam- a float festival dedicated to Lord Murugan is celebrated at Sri Kapaleeswarar Temple, Mylapore with grandeur every year. Preparations are currently going on at the temple tank for this year’s festival which will be held from Jan 23 – 25.

On the first day, the deities Kapaleeshwarar and Karpagambal are taken on the float and on the second day Murugan along with Valli and Devyanai. Several vedic scholars and musicians travel with the float which is constructed on several barrels. The float goes around three times starting around dusk and ending after 9.30 p.m. Bright lights are used to illuminate the float on all the three days. 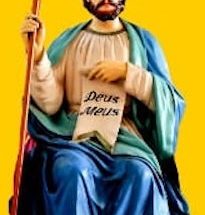