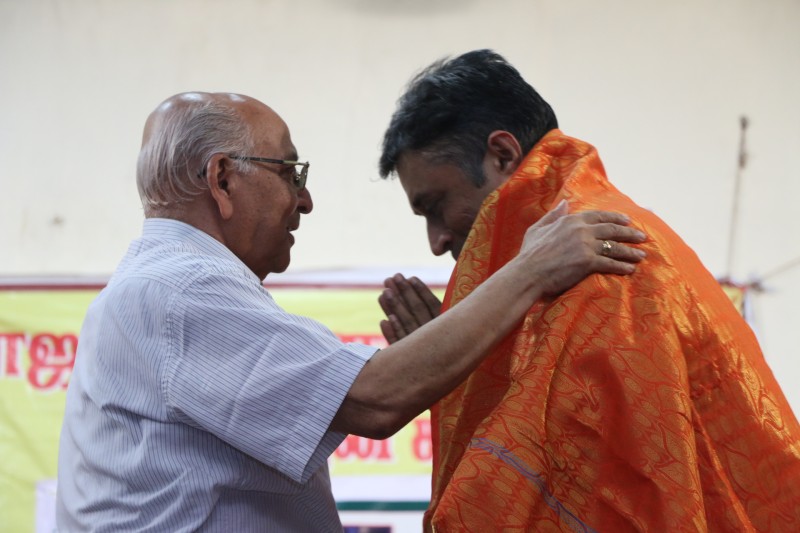 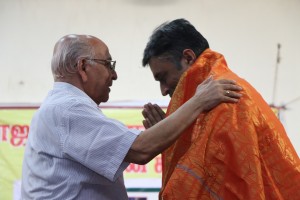 Vocalist Sanjay Subrahmanyan was felicitated during the 54th annual Thygaraja Swami Aradhana music festival conducted under the auspices of R. A. Puram Bhakta Jana Sabha on Saturday, Mar 19.
A concert by him followed the felicitation ceremony.
Several other artistes too performed at this event which was held in memory of the former president of the Sabha – R. Srinivasan. In addition to vocal concerts, a veda parayanam, a musical discourse and a rendition of group krithis was also held.