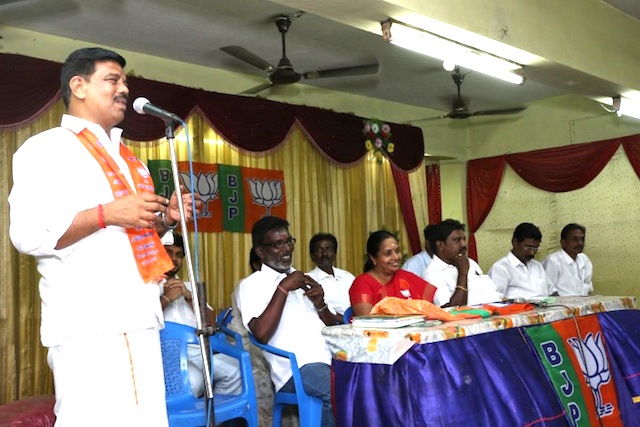 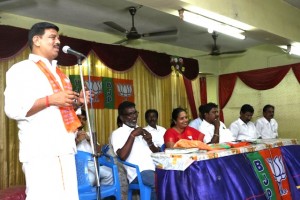 The BJP has announced that Karu Nagarajan will be its candidate in the Mylapore constituency  for the forthcoming TN Assembly poll. The party unit got into the act quickly and at a meeting at a hall in Mylapore on Monday, set the stage for Nagarajan to be introduced to its local party cadres.

Nagarajan was with the AISMK party of actor Sarath Kumar and quit it earlier this year to join the BJP.

The BJP has a substantial cadre base in Mylapore and even had its man as MLA once – in the 2001 election K N Lakshmanan was elected here. Then, the BJP was in the DMK alliance.