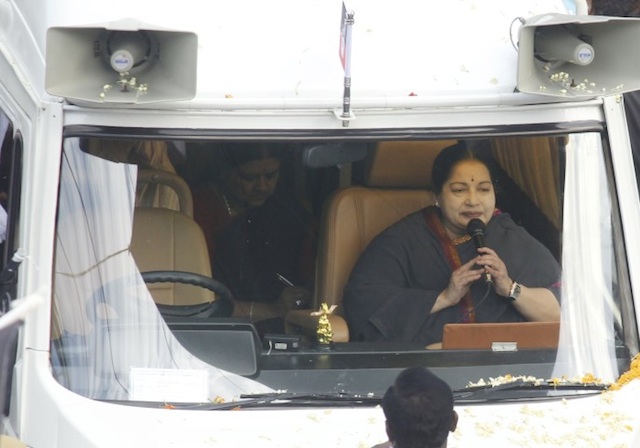 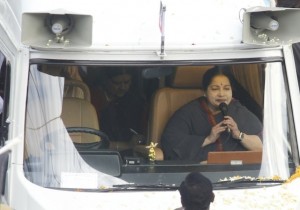 A whole lot of Mylaporeans got into excitement mode on Wednesday evening as AIADMK leader J Jayalalithaa breezed in and out of this neighborhood’s heartland as she hit her city campaign trail.

The mada streets off Sri Kapali Temple were swept clean, flags and buntings put up, a stage set up at Mangollai at North Mada Street end and huge audio and speaker systems set in place as if a rock show was to be on.

When Jayalalithaa’s convoy drove down North Mada Street, many people apart from party cadres got hyper-excited, the band music rocked and many people elbowed others to get a glimpse of her seated inside the campaign van.

Her smiles floored many well-wishers and before they could recover, she had spoken, waved and moved on.

Thereafter, the AIADMK autos and vans hit the inner streets to campaign and their slogans and the band drums were heard even at 8 p.m.