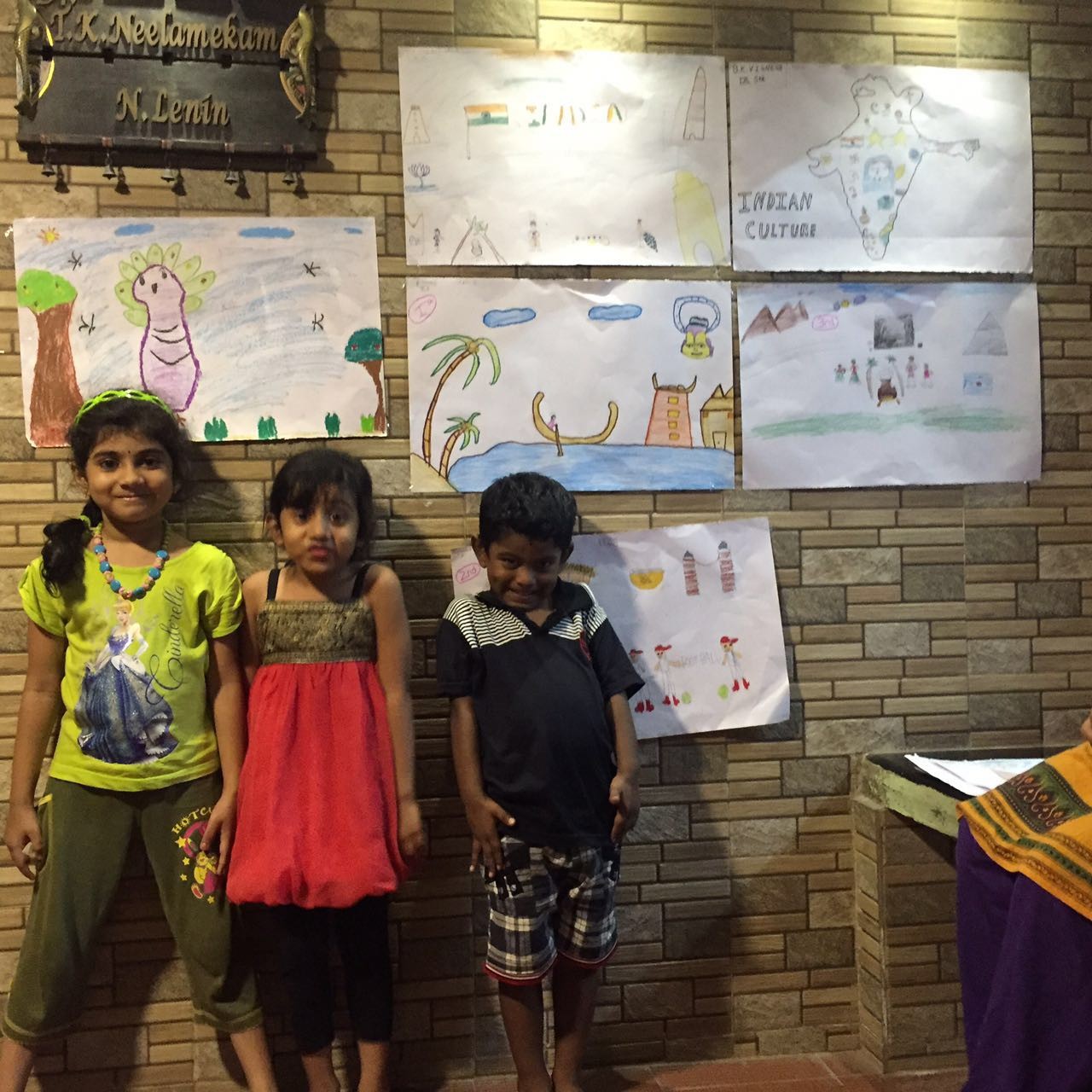 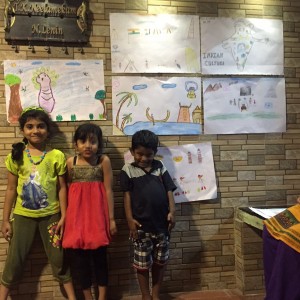 On Sunday, May 1, about 20 children of the Gen X – Thuyimai Padai – the Kids Club of Raja Street, Mandaveli participated in a drawing competition held at the street premies. The club, which was launched in May 2015,  has been actively spreading the ‘Clean and Green’ message through songs, street plays, tree planting, parades and cycle rallies . The drawing competition was organised by the residents of the Mandaveli Raja Street Residents Welfare Association to honour these kids and to encourage them to continue their efforts towards this cause.

The Ekanta House at Raja Street, where the competition was conducted, became a mini art gallery with beautiful strokes and colours depicting the central theme  – ‘Culture and Heritage of India’. Kerala, seemed to be of prime interest to a number of kids followed by Tamil Nadu and West Bengal. Paintings portraying the rich culture of India, the dance forms, monuments, food and costumes were displayed by the young boys and girls of Raja Street.

The panel of judges comprised an art teacher – Suresh, an architect – Dipti and a soft skill trainer – K. Mohan. Prizes were given to the winners and gifts were distributed to all the participants.

The Raja Street residents also honoured a resident of Raja Street – Dr. Neelamekam, consultant GI hepatobiliary and advanced laparoscopic surgery, for his contribution to the field of medicine.