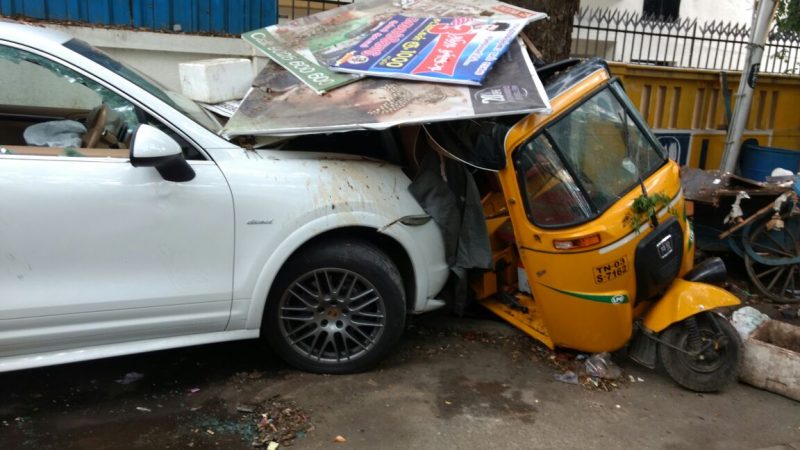 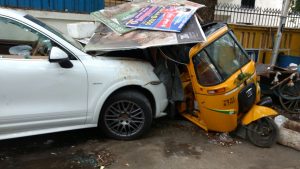 Abhiramapuram residents were witnesses to an accident which happened yesterday afternoon at the junction of St. Mary’s Road and Prithvi Avenue, across from the Balakrishna Petrol Pump.

A white Porsche Carrera driven by Girish Madhavan, had smashed into a tea stall and an auto before coming to a halt. The tea stall was completely destroyed with the tin roof and the entire metallic structure having been thrown upward. A few policemen from the Abiramapuram Police Station and other residents had gathered there to help out.

It is believed that Girish was moving at a high speed from the Chamiers Road side and while taking a right turn into St. Mary’s Road, lost control and ploughed into the tea stall and the auto. The tea stall owner John had a miraculous escape as he had just finished his lunch and had stepped aside to wash his hands. The auto driver, who was seriously injured, was taken to Billroth Hospital immediately.

The occupants of the Porsche escaped unhurt because of the airbags and safety features in the car. A case has been registered by the Abhirampuram Police Station.