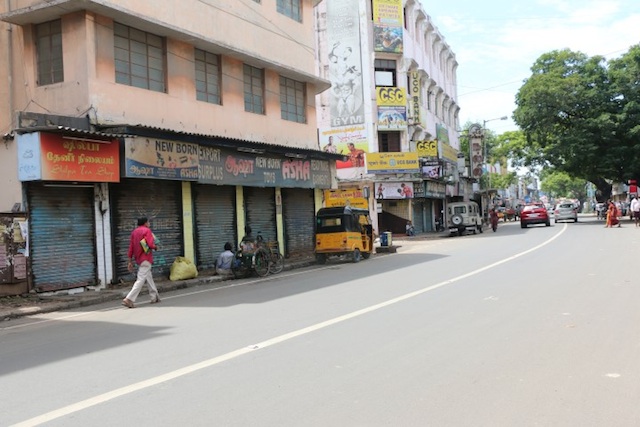 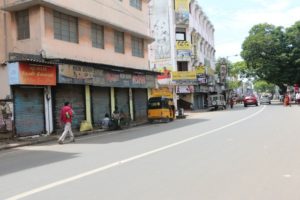 On Friday, Sept.16 most parts of the Mylapore neighbourhood experienced the bandh called by a few traders organizations and political parties to protest against the attacks on Tamils in Karnataka over the Cauvery river water-sharing issue.

Most main roads were deserted since dawn and since even street-end tea and coffee shops were also shut people who step out to have their morning cuppa were disappointed – some of them located a newly opened TANTEA, state-run tea shop serving hot tea.

Traffic was small even as the  morning wore on.

The shops and hawker markets remained closed as did a few schools.

Busy areas like Luz, the mada streets around Sri Kapali Temple, Royapettah High Road ( seen here in the photo) and Dr. R. K. Salai were deserted most parts of the day.