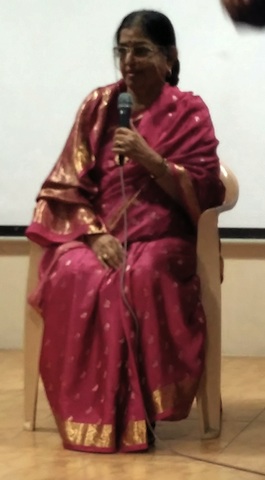 Fans of vintage south Indian film music had the evening of their lives when famed playback singer P. Susheela, attended a programme devoted to her music and film songs.

The event, hosted by Vintage Heritage on January 29 evening at 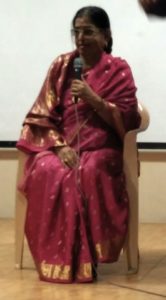 The presenter of the programme was Sriram Lakshmanan, a software engineer.

Twenty songs were projected on a screen, all sourced in different genre. The songs were from  Telugu, Tamil and  Kannada films.

P. Susheela interacted with audience during a break.

-Report and photo by V. Vasantha

One Comment on “Singer P. Susheela interacts with fans”