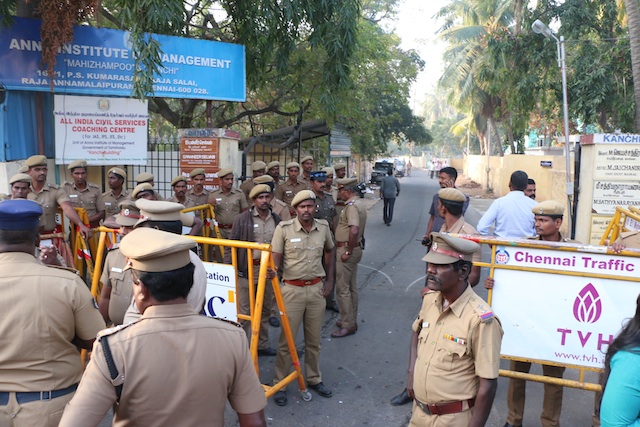 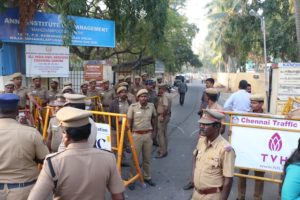 People supporting the caretaker chief minister O Paneerselvam have been crowding outside ethe gate to his residence on Greenways Road through the morning.

Police presence is bigger here and traffic movement on this road has not been hampered.

The road witnessed the buzz soon after Pannerselvam revolted against AIADMK party general secretary, V K Sasikala last night after paying homage at the samadhi of the late J Jayalalithaa.

When he headed home, there was already a crowd of supporters at the gates. It got bigger by midnight. People chanted slogans expressing their support to him.

Traffic movement on the beach road has been smooth since morning.