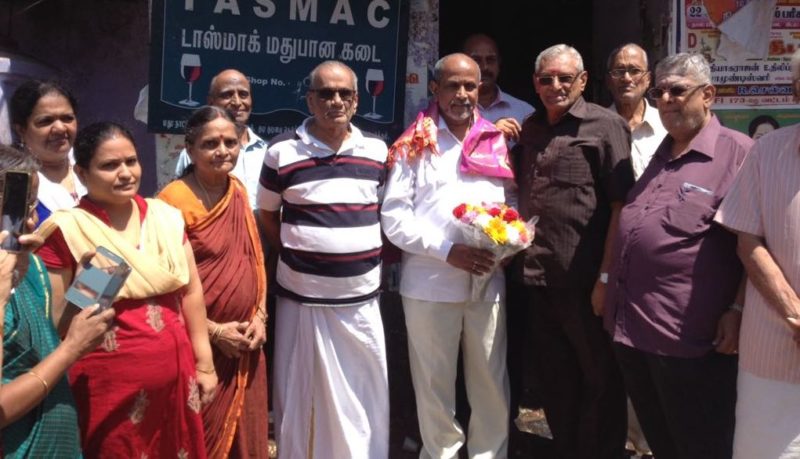 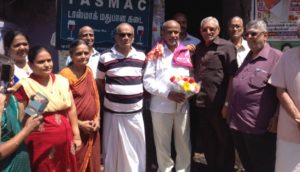 As part of the state government’s order closing down 500 Tasmac retail outlets all over Tamil Nadu from Friday, Feb. 23, officials downed the shutters on two shops in the Mylapore area – one at Third Cross Street, R. A. Puram (seen in the picture) and the other at St. Mary’s Road.

A resident of Narmada Apartments at Third Cross Street, R. A. Puram K. Ramachandran says, “The residents of the area have been fighting to close this shop since 2007 but no action was taken. People were urinating behind our flats and the customers to the Tasmac shop used to fight among themselves and create a scene everyday”.

In 2014, the residents filed a writ petition and the judge gave favourable orders after which the collector was asked to inspect the premises and give a report. The revenue division officer gave a detailed report with photos and recommended the closure of the shop. In the meantime, the bar contractor filed a writ appeal and moved the High Court bench. But the collector was instructed to relocate the shop in a month.

Says Ramachandran, “On Feb. 15, after a long struggle the shop was closed but the liquor stocks were finally removed on Friday, Feb. 23.”.

The residents were supported by Mylapore MLA R. Nataraj in their fight.