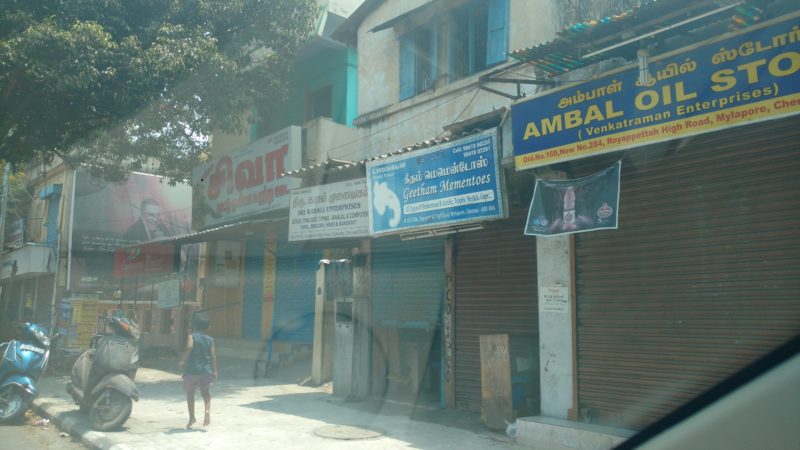 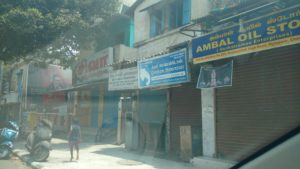 On the day of the bandh, Tuesday any shops in the area remain shut. In R A Puram and Alwapet, in Luz and in Mandaveli.

Pharmacies though are open as are petrol stations.

Even tea-shops have shut down; so the men who sell tea from steel cans mounted on cycles did roaring business at street corners.

Streetside food carts popped up early and began to do steady sales since all food shops remained closed. This was the scene in most colonies where construction workers are at work.

There was no disruption of essential services like distribution of milk or power supply.

The bandh has been called by state’s political parties in the opposition who are joining hands to support the issues raised by farmers who are facing a slew of problems and are seeking koan waivers.