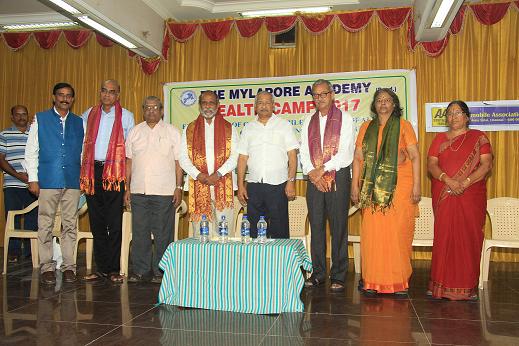 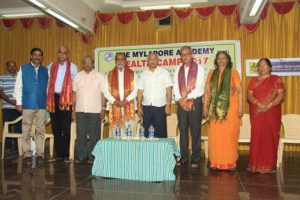 Mylapore MLA R. Nataraj was the chief guest at the 41st anniversary celebrations of Dhanvantari Vaidyasala, the charitable dispensary run by The Mylapore Academy. The function was held on May 20 at Narayani Ammal Kalyana Mandapam, R. A. Puram.

The event started off with a report on the activities of the dispensary by the secretary of Mylapore Academy, K. J. Suriyanarayanan. He then traced the origin of the dispensary, which was inaugurated in Feb 1976 by the then home minister Dr. Giani Zai Singh. Life-time achievement awards were presented to two surgeons for their service.

Later more than 180 people lined up at the venue for a general health check up, diabetic and eye screening, ECG, physiotherapy and other services. 24 people were given free spectacles.