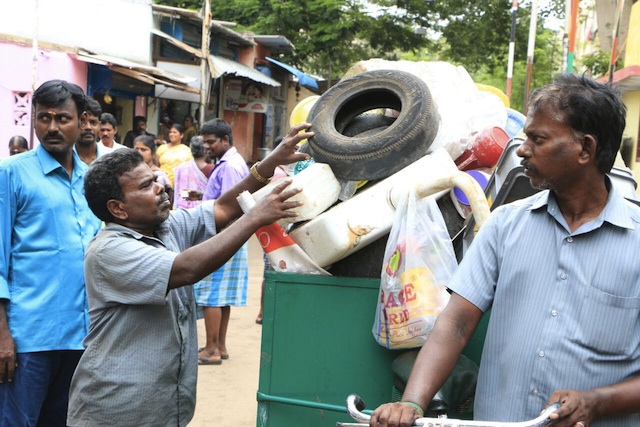 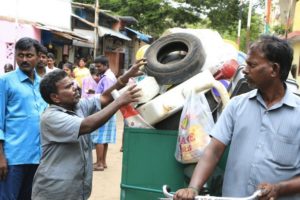 Chennai Corporation seems to have stepped up its operations to deal with the rising cases of dengue illness. Civic workers were seen at the densely-populated Pallakkuma Nagar, off Luz Church Road – some spraying mosquito repellants and some clearing tyres and used receptacles that were dumped on the street sides.

Another team was distributing nilavembu kasayam, a native medicinal potion that helps to battle dengue.

Earlier, a family reported that a boy who resided in Kuyil Thottam in San Thome had contracted dengue. Residents here said that civic workers were yet to clear the waste that lies in the areas between flats in this colony; waste which accumulates because residents tend to use these spaces as dumps.

To alert Chennai Corporation to act where waste is accumulated and water stagnates, call helpline 1913