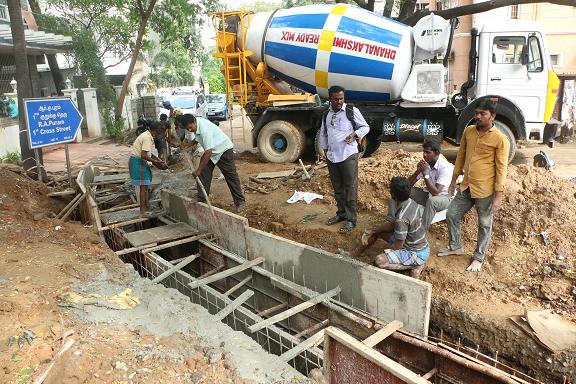 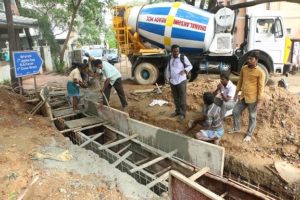 Chennai Corporation has started work on constructing a storm water drain on First Cross Street, R. A. Puram. The aim is to facilitate draining of floodwater into the Buckingham Canal. When completed the civic work will hopefully keep the area dry at monsoon time.

The founder of R. A. Puram Residents’ Association, R. Chandrasekaran, says that when storm water
drains were laid on First Cross Street work was stopped about 200 feet before the canal. That was some four years ago.

Petitions evoked little response. The area flooded when the rains were heavy. “We have only one very functional storm water drain and that is at 2nd Cross Street, R. A. Puram,” says this civic activist.

He says Mylapore MLA, R. Nataraj has been very helpful: he has been behind local officials to get the work done.

Chennai Corporation executive engineer G. Tamilselvan says this section of the storm water drain
has to be constructed from scratch but having employed more workers he says he hopes to get to work done fast.