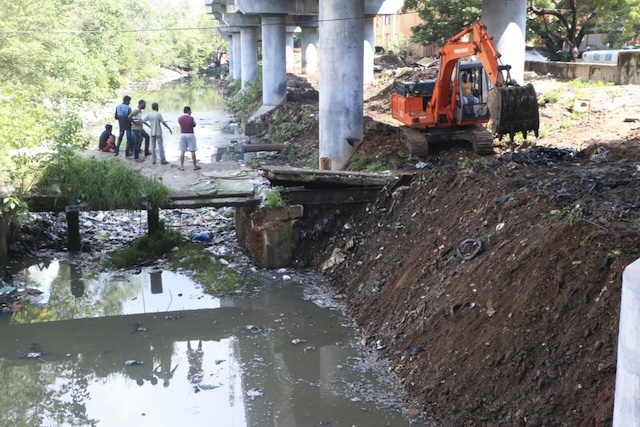 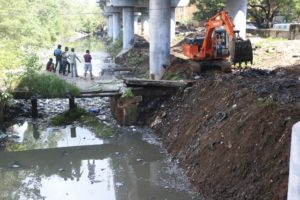 The sun has been pout since Wednesday morning and civic agencies are using the break in the rain to go about their priority work in areas where water stagnates and floods colonies.

This morning, we saw a JCB at work on the banks of the Buckingham Canal near the MRTS station in Mandaveli. It was used to remove silt and muck from the Canal bed and dump it alongside.

Canal overflows were one of the causes of severe flooding in areas like Govindaswamy Nagar in R A Puram during the 2015 floods.