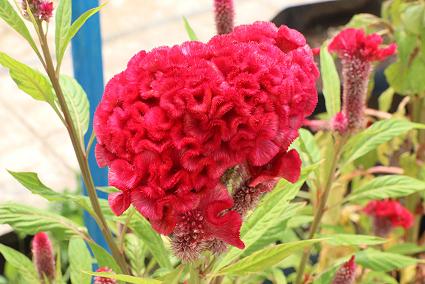 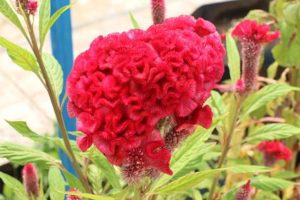 A couple of years ago, a bunch of hyperactive middle schoolers at Vidya Mandir, Luz, set out to do something creative, they decided to put up a rooftop garden. And showing them the way were their principal, Shoba Raman and their teacher Vijayasri Sharath.

Vijayasri Sharath, an English teacher at the school for over two decades, heads a team of more than 80
students who made this possible. She says, “About three years ago, the team which is part of the Vivekananda Study Circle group, decided that something had to be done to improve the green cover in the school and the neighbourhood. We decided to start small first and then adapt as the wind blows”.

Vijayasri inspired the students to grow fenugreek in small to-go cups and give them to their mothers with little thank you notes. Later, under her direction, the students started growing herbs like tulsi, karpuravalli and money plant on their window sills. “In December, when the chill air set in, the students would pluck out a few leaves and eat them”, she says. 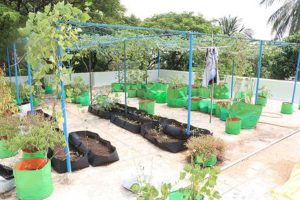 She gradually began to see a change in the students who wanted to do more. On Oct 15, 2015, on past
president Dr. APJ Abdul Kalam’s birthday, the group planted saplings at Pattinapakkam. “The pariesh priest at St. Luke’s Church, Mandaveli gave us the saplings”, says Vijayasri.

A timely award also motivated them to take things forward.

Shoba Raman, the principal says, “In 2015, we received 3.5 lakhs from the Indian Green Building Council (IGBC) and one of the conditions of the award was that we set up a rooftop garden”.

The team started working on the garden about a year ago and are very proud of the results. Brinjals, lady’s finger, pumpkins, snake gourd and greens are just some of the plants grown at the school’s KG block. “We also have three banana saplings”, says Vijayasri proudly.

On the school ground, the team has planted flower shrubs, aloe vera, pineapple and guava saplings too.

– Grind ginger, garlic and green chillies. Dilute it with water
and spray to keep pests away.
-Ash powder from homams can be sprinkled  on leaves and diluted
turmeric water can be sprayed when you notice holes on leaves.
– Neem leaves can be dried up, powdered and used. Diluted neem
oil can also be used.

Composting at the campus

A composter was recently acquired by the school. All the dry leaves that fall in the campus are dumped into the huge iron drum and a little bit of diluted buttermilk is poured into it. The compost gets accumulated in a small cage underneath and is spread at the base of the plants. “It helps keep the soil a little moist. When the water supply is low, the water in the compost keeps the plant healthy”, says Vijayasri.

Green activities of the group

-Cotton seeds from the cotton tree at the campus were sown in small plastic bottles. The saplings will be planted at a village adopted by Sri Ramakrishna Math.
– Pizza boxes have been coverted into ‘post boxes’ and have been fixed on each floor at the middle school campus. Students drop in unused sheets which made into small notebooks.
-A recycle stall is set up every year at the annual funfest. The proceeds are used to improve the green cover in the school. Dupattas are used to make doormats, wedding cards are cut up to make thank you cards.