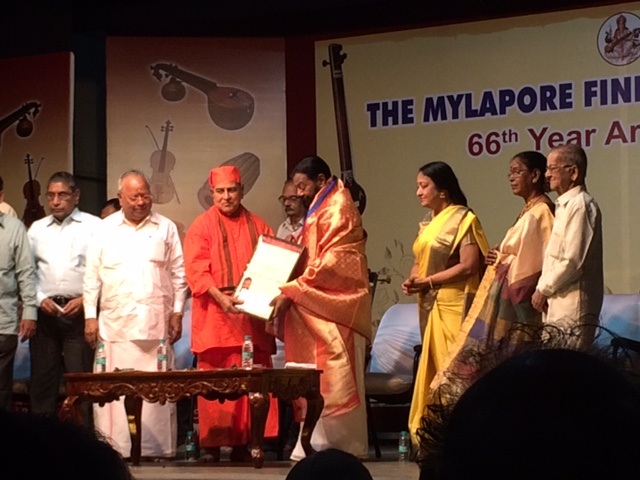 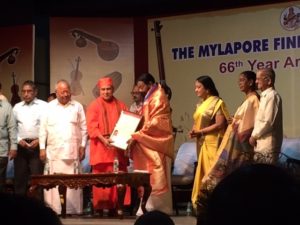 Two well-known gurus and artistes – Karaikudi Mani and Krishnakumari Nadrendran – were honored with titles by the Mylapore Fine Arts Club sabha at the launch of the sabha’s December Season music and dance festival.

The event was held on Monday evening, December 11 at the recently redesigned and air-conditioned auditorium by the TAG group.

Mani is an internationally known guru and mridangam vidwan and Krishnakumari Narendran is a Bharatanatyam guru known for her many dance productions.

The two senior artistes were given titles, citations and cash awards by swami Gautamanandaji Maharaj, vice-president of Worldwide Ramakrishna Math.

Guests on the stage were arts promoter Nalli Kuppuswamy and wellknown dancer and guru Padma Subrahmanyam.

Children who had won top spots in classical music contests the sabha holds annually were given prizes.