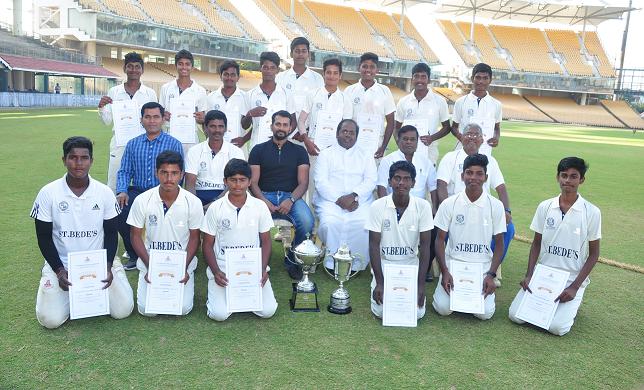 S.Rithik Easwaran, a resident of San Thome and a class XI student at St. Bede’s was the top scorer in both the finals and the semi-finals. He trains at the Chennai St. Bede’s Sports Foundation which conducts coaching at the St. Bede’s ground (behind All India Radio) at San Thome.