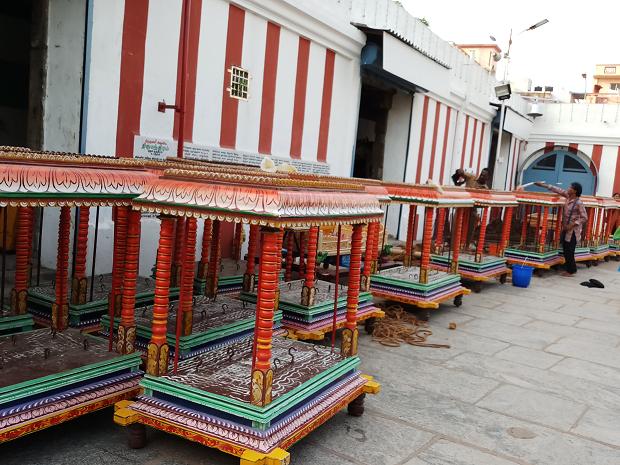 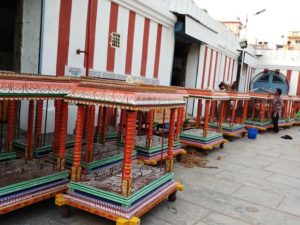 Arrangements are on at the temple in full swing for the ther and arubathimoovar processions to be held tomorrow and on Thursday. This past weekend, staff were seen dusting the palanquins which will be used to carry the 63 Nayanmars and the figurines which will be attached on the ther.

The executive officer of the temple D. Kaveri says, “19 watchtowers have been constructed all around the Mada Streets. At the police meet held on March 12, police officials have asked the shop owners to be vigilant and have asked them to keep their CCTV cameras on at all time. 32 CCTV’s have been installed inside the temple and the movement of devotees will be monitored at all times”.

Three huge LED displays will be set up on the Mada Streets and one has been set up inside the temple to allow the devotees to watch the thirukalyanam, ther and arubathimoovar rituals, she adds.

More than a lakh people are expected to visit the temple during the arubathimoovar procession. 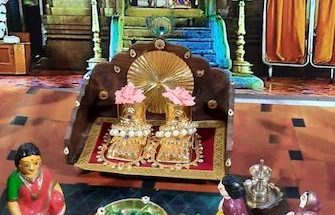 2 Comments on “Panguni fest: Arrangements on for Ther and Arubathimoovar”