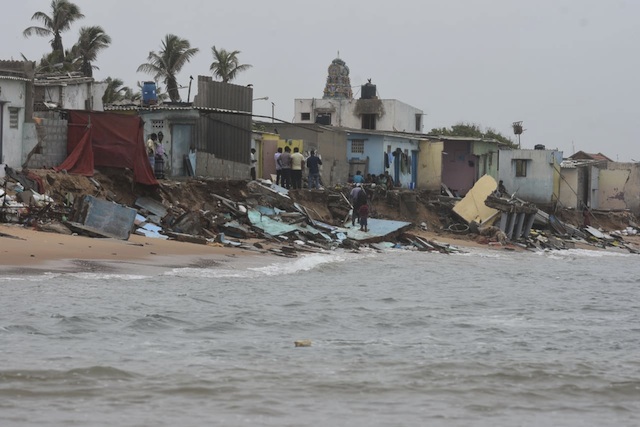 Time and again the residents who live on the edge of the sea coast in Srinivasapuram ( off Foreshore Estate) cry out aloud – when the sea moves in ferociously and knocks down much of what are badly built houses and huts.

This happened again a few days ago and the response from the state and political leaders was similar – a promise to set things right.

On such occasions, food and water is made available to the affected residents. Nothing much is heard of later.

This past week, the Mylapore MLA, R. Nataraj, the MP of south Chennai, J. Jayavardhan, fisheries minister, D Jayakumar ( the MP’s father) and actor-politician Kamalhassan visited the area too. They listened to the plaints and went away.

Kamalhassan was here because a resident had posted about the issue on his party’s Maiyam App; this App is being promoted for people to signal local issues – civic and corruption.

There is the other side to Srinivasapuram’s life few people want to talk about – that very few genuine fisherfolks live in this zone and that much of the ‘puram’ has been rented out to people in the hundreds. And that the unchecked expansion of housing of shanty huts and houses which earn big money has led the rental sharks to build portions metres away from the shoreline.

Only retired officials of departments like Fisheries talk about this issue and point to the illegalities. But neither people’s reps nor officials take note of this huge illegality of Srinivasapuram. 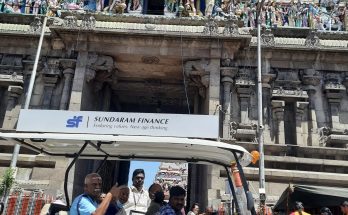 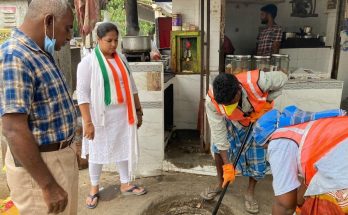