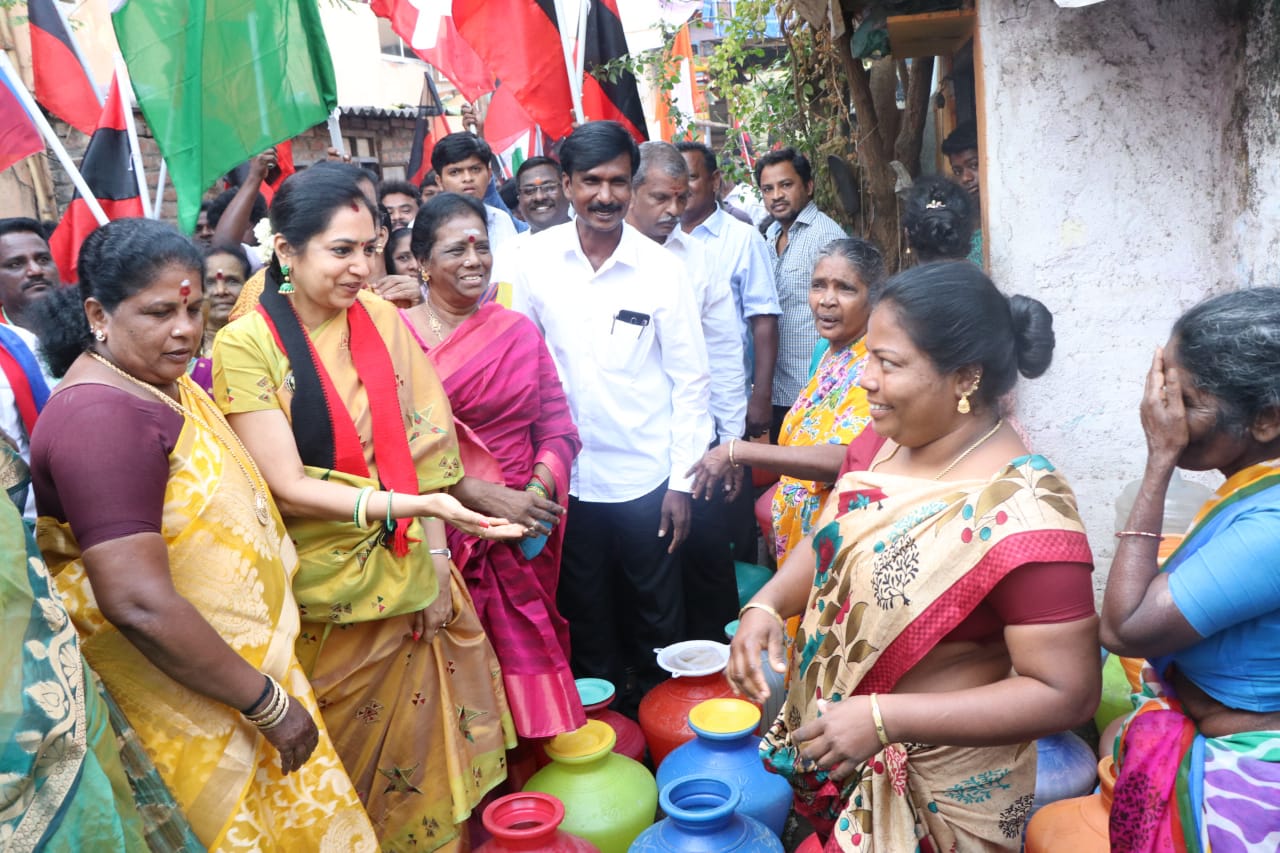 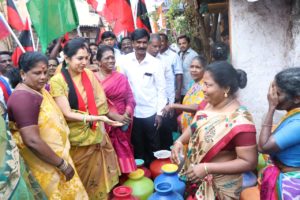 Party leaders of the local area led her around streets off Mandaveli’s MRTS station, the Sai Baba Temple and R. K. Mutt Road zones. She spoke to women who were pumping water for drinking purposes and those who were getting their kids ready for school.

Between areas, she travelled in an open van and waved out to people who stopped or passed by.

Cadres of the allies like the Congress also accompanied her in this caravan, which will take a break before noon and resume canvassing as the sun goes down today.