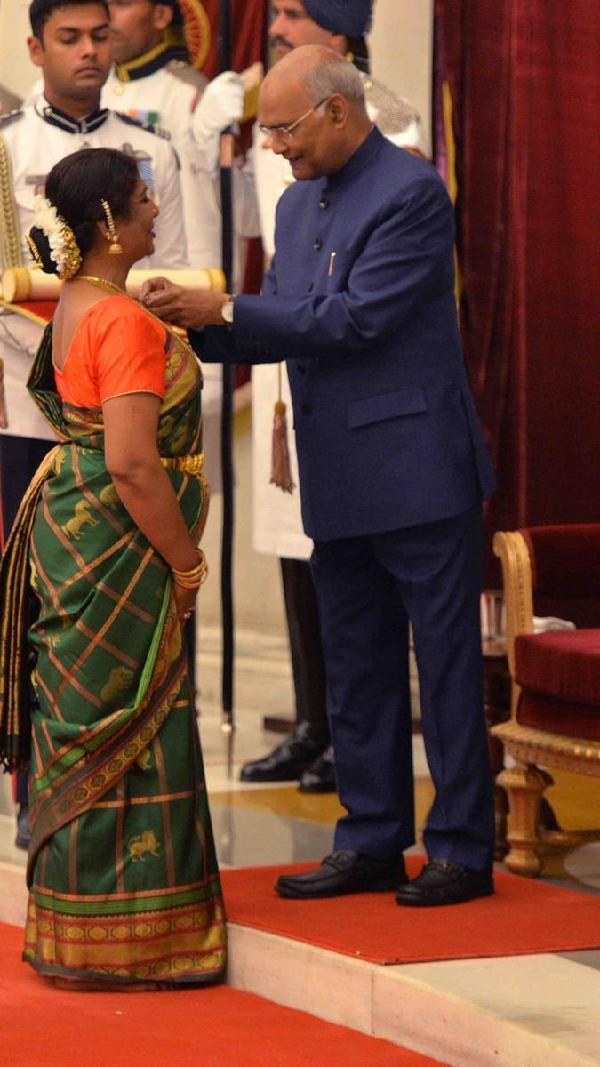 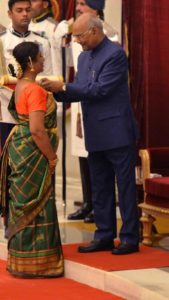 Bharatanatyam dancer and guru Narthaki Nataraj is back at her Mylapore home after taking part in what must have been a highpoint in her long career.

For the awards occasion, Narthaki says she wore a handwoven, specially- made Kanjivaram silk sari.  A sari made by the reputed NV Silks, which has made saris for Rukmini Devi Arundale and Indira Gandhi, she adds.

She also chose to wear some traditional jewellery for this occasion.