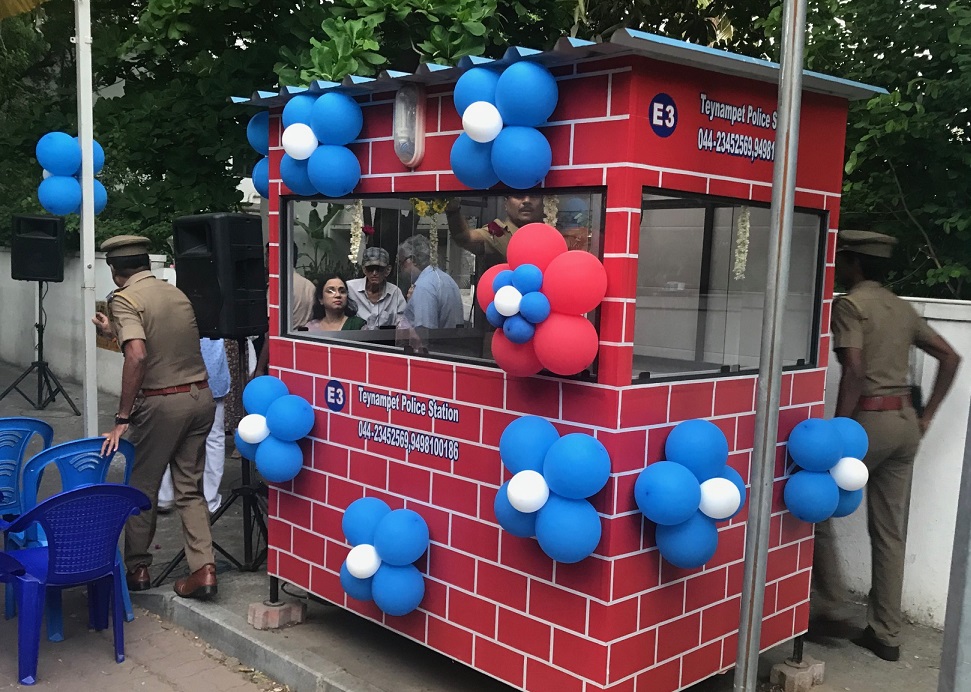 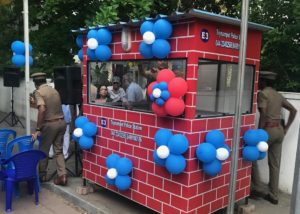 A police booth was recently set up by the members of the Sriram Nagar Resident Welfare Association. The booth, which is located at the junction of Sriram Nagar North Street and  Sriram Nagar West Street, Alwarpet was inaugurated by DCP Ashok Kumar and E3 station inspector Ramesh.

Narendra. B. S., the secretary of the association says, “We installed about 11 cameras in 2016 and five more in 2018. Though the number of chain snatching events have reduced after that, we still continued to get complaints from a few residents. Several residents lost cell phones too. Visitors who parked their cars outside homes reported that the laptops and cellphones left inside their cars were missing”.

He continues, “When we looked at the camera footage, the people who indulged in such activities either had their face fully covered or dropped in on stolen bikes. About ten days ago, a lady resident complained that she was being followed at night by a man. To ensure safety, all the residents decided to contribute and set up a police booth here”.

“A constable from the BEAT patrol team will now make rounds of the area in the morning and evening. We are hoping this will deter criminals from loitering around here”, he adds.