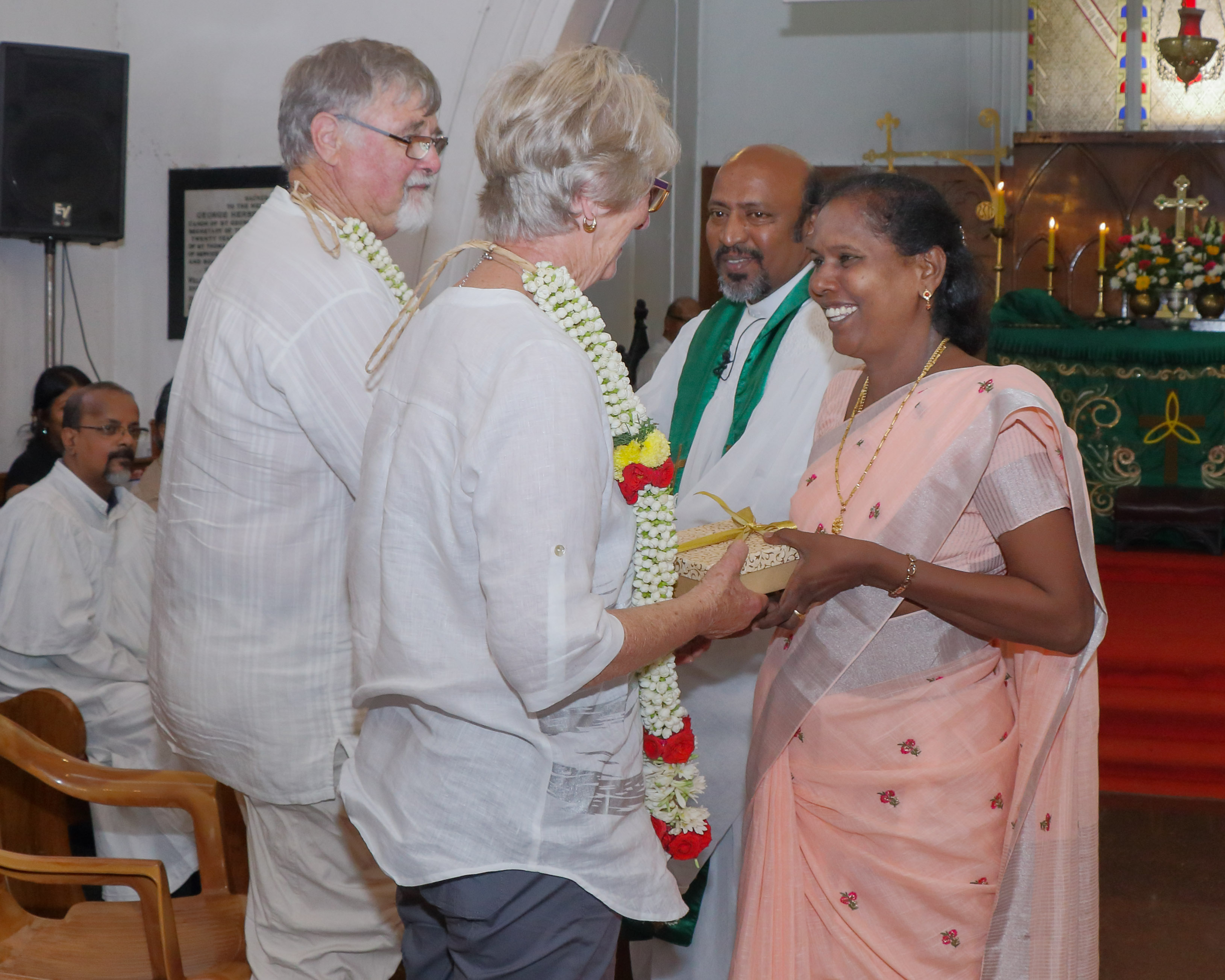 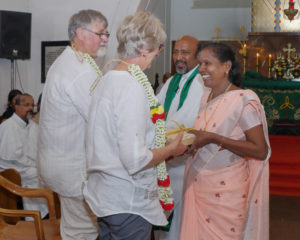 Jenni McGlashan (a great-great granddaughter of Rev. Robert Carver, the missionary who built the Church in 1842) and her husband Jim McGlashan visited the church and participated in the Sunday morning worship service. They were warmly welcomed by the parishioners and felicitated.

Robert Carver was a Wesleyan Missionary who came to Madras soon after the death of his young wife Mary Carver in 1824 in Jaffna, Ceylon.

He ministered in this area of Madras and got close to the Europeans and the Indians settled here. He visited England only once, in 1834, when he married Frances Moore (Adams) at St. Giles Church in Oxford. The couple returned to Madras and ministered in San Thome.

Two sons were born to them, but only the eldest – Robert William Ind Carver, born in 1838 – survived. In 1842, Robert Carver was ordained and the church that he built (then known as St. Thomas-by-the-Sea) was consecrated.

He succumbed to sunstroke in 1845 and was buried under the altar of the Church. Frances Moore left for England along with 6-year-old William Ind Carver the same year. From there, they relocated to New Zealand in 1854. Robert William Ind Carver grew up and married Mary Ann in 1863 and they had 11 children. Their 9th child was Joshua Carver – the maternal grandfather of Jenni McGlashan. Jenni is the daughter of Mavis Carver – Rev. Robert Carver’s great-grandaughter!

The services rendered by Rev. Robert Carver in building this little, white Church on the San Thome shore were fondly remembered by the parishioners on Sunday.

A documentary film tracing the history of the Church, produced during the 175th year celebrations was also screened.