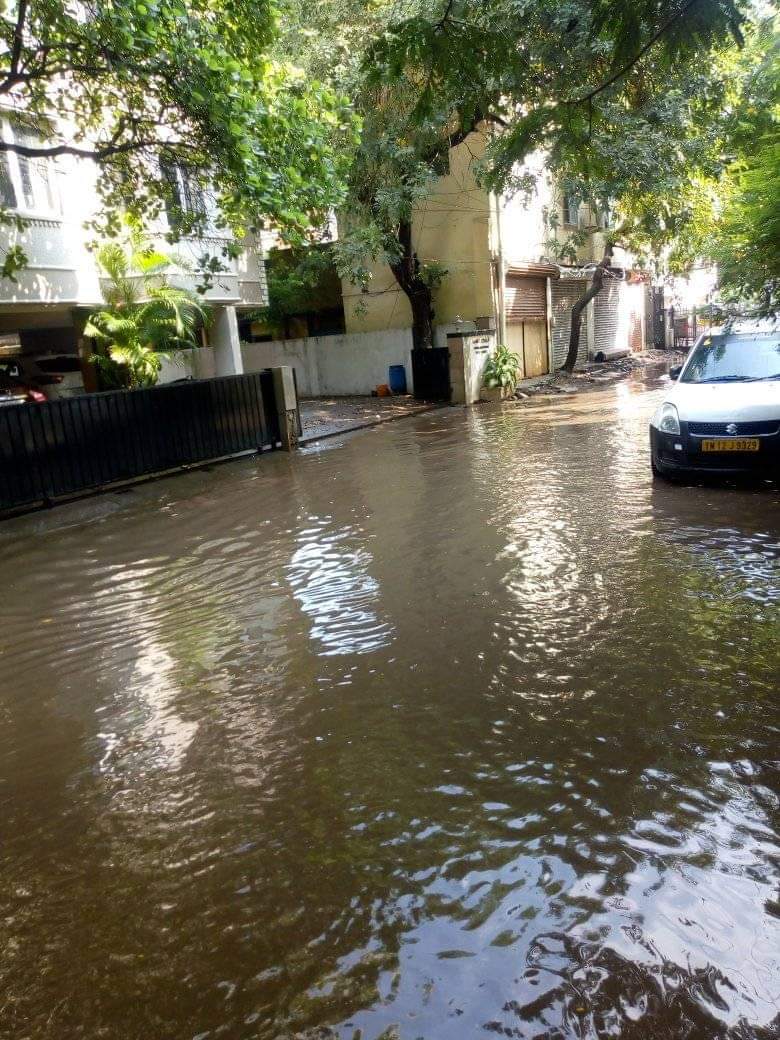 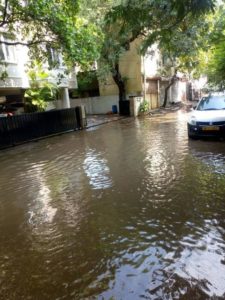 Every time it rains, Abhiramapuram First Street that runs off Dr. Ranga Road gets flooded. And this sickens residents.

They are frustrated because a series of complaints to the local Chennai Corporation office has not evoked a response that solves the issue.

Says resident Giridharan Kesavan, “Only a part of this street has a stormwater drain. And that is a 6-inch wide PVC pipe. That pipe’s section was damaged after a private ISP (Internet Service Provider) while erecting a utility pole here.”

This pipe, he says, is connected to the stormwater drain at Dr. Ranga Road, from where the water is led to the Buckingham Canal.

“Every time it rains, besides flooding, it becomes dangerous for the residents and motorists due to the presence of a large number of potholes here,” he says.

Mylapore Times asked Arul Maran, AE of ward 123 why the problem has not been addressed. He says, “The entire stretch of Abhiramapuram First Street does not require a drain. There are seven inlets to the stormwater drain spread across 35m of this road. If those inlets and the drains on Dr. Ranga Road are desilted water will not stagnate.”

The inlets though are filled with muck, some are damaged and have been buried under the road. The drains on Dr. Ranga Road are yet to be desilted.

Says the AE, “As the road is in a bad condition, there is a proposal to relay it in a few months. During that time, we will reconstruct drains. Meanwhile, to avoid flooding, we will de-silt and repair the inlets and make them functional.”

He says that he will also try to construct a recharge well here.