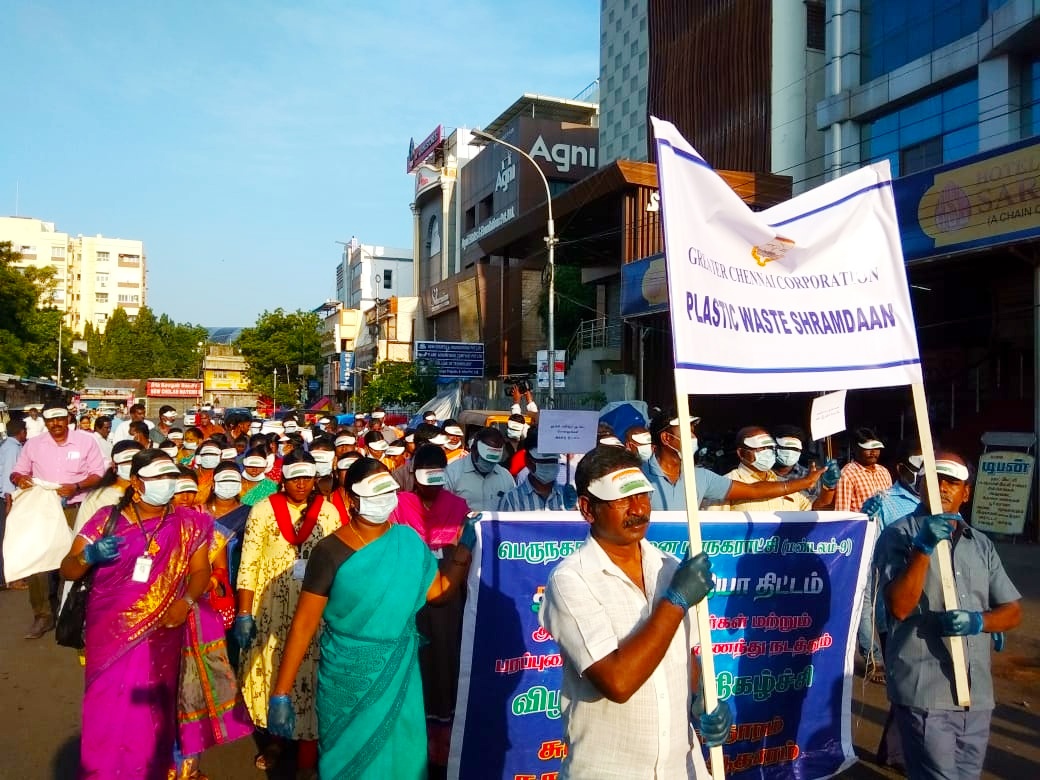 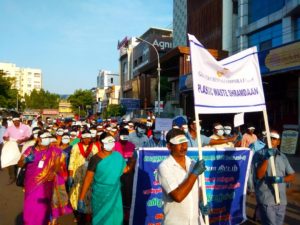 On the occasion of 150 th Gandhi Jayanti, some groups carried out plogging (an activity where one picks up litter while jogging) in Mylapore.

More than 200 people, including officials of Corporation, RamKy conservancy workers and a few local residents joined the event.

The group wore gloves, masks and held placards while they picked up plastic waste at Mada Streets around Sri Kapaleeshwarar Temple, Mylapore.

Says Vivekanandan, AE of the ward 124, “We collected around 360 kilos of plastic cups and papers. It will be kept at the MRF (Material Recovery Facility) centers for now.”

He says that they also spread awareness to the public on the need to avoid single-use plastics.

The staff of R.A.Puram post office too carried out a similar drive and collected trash in and around their campus off R.K.Mutt Road.