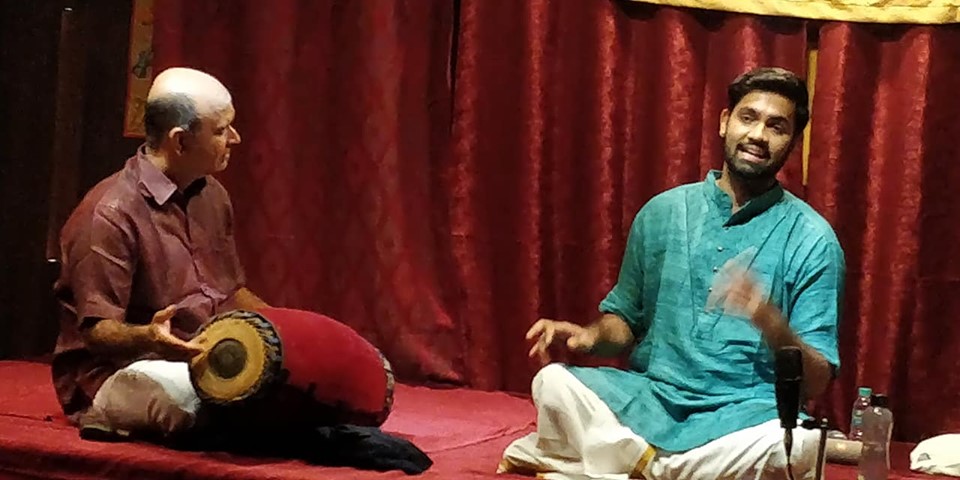 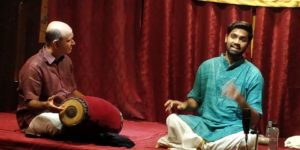 At Arkay Centre in Luz, one of the popular hubs for Carnatic music concerts, its promoter Ramakrishnan has been persisting with ‘single mike’ concerts – employing just one good mike for the three / four artistes. And many rasikas seem to be enjoying the concert experience in that chamber-like setting, sealed from the chaotic traffic outside on Royapettah High Road, beyond the Luz Circle.

On Friday evening, the highly talented violinist Charumathi Raghuraman will perform at the single-mike concert.  Later on Sunday evening, vocalist Vignesh Ishwar performs at a similar setting. ( both concerts begin at 6.15 p.m. and are open to all).

Ramakrishnan’s Madhuradhwani, the banner under which concerts are held here has hosted close to 40 such concerts.

Says the host, “The mike and speakers generally take away the actual timbre of the voice or of the instruments. That is why people liked the chamber concerts in the old days, which were generally mike less.But in a mike less concert the voice and percussion take over and the violin would be a causality so I started single mike concerts so that all the music of all the artistes merges well and the sound is mild.”

Ramakrishnan says that the single mike concerts have been well received among musicians and many rasikas but not so much with seniors who may have hearing problems.