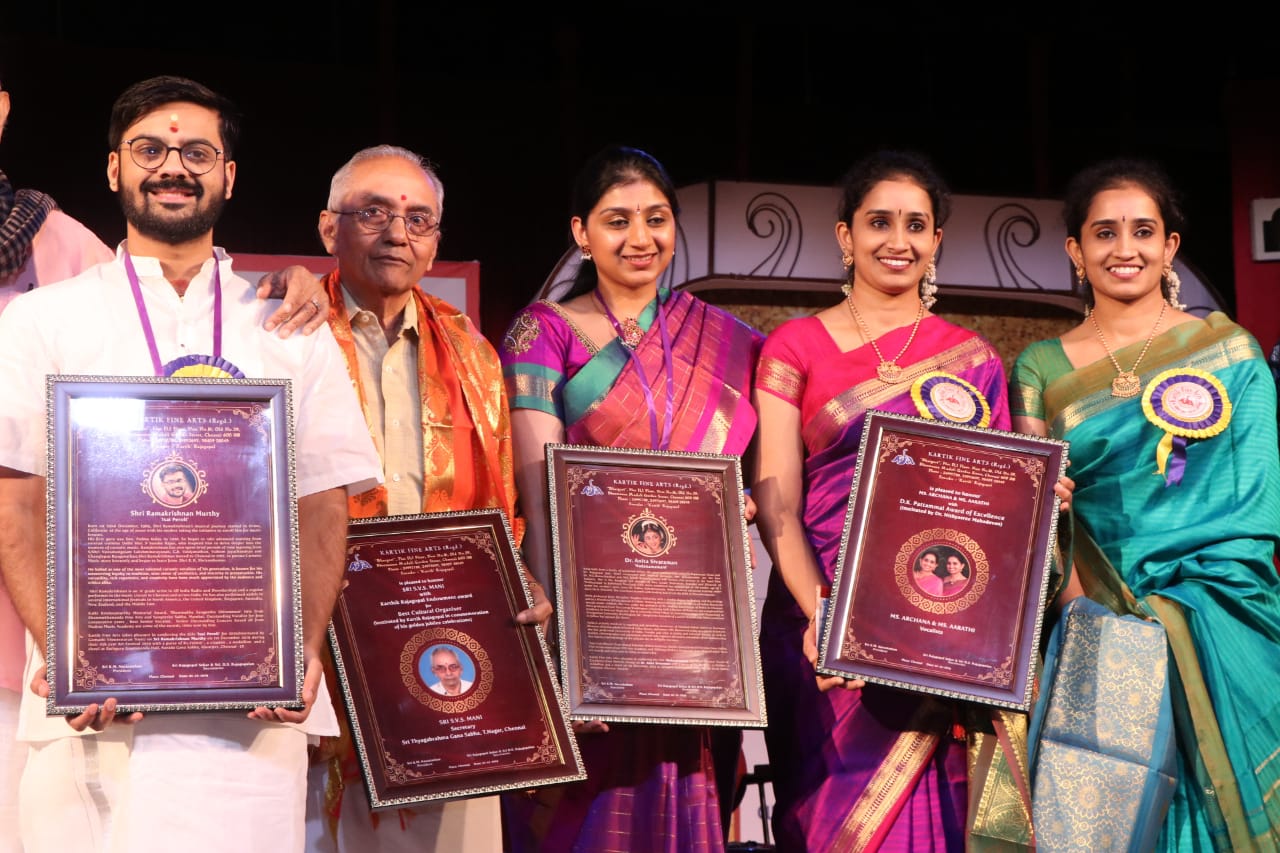 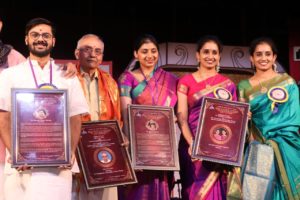 Awards were also given to vocalists and sisters, Archana and Aarati and to S. V. S. Mani, secretary of Sri Thyaga Brahma Gana Sabha, T. Nagar.

Only a handful of people attended the event; the steady rains must have kept many others away.

Kartik Fine Arts has collaborated with with its main sponsor, VR Chennai, a shopping space in Anna Nagar to arrange concerts at the mall this season.