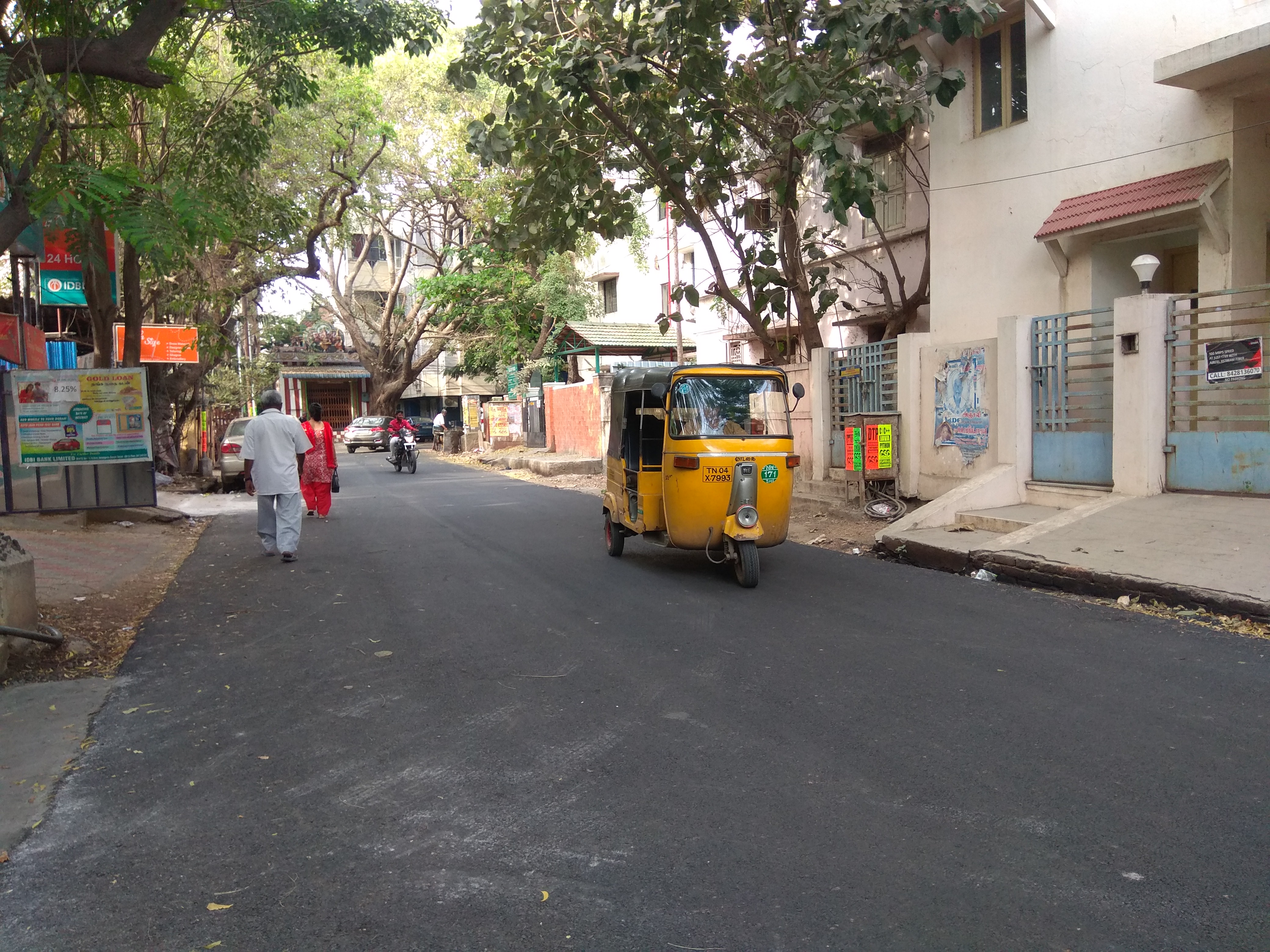 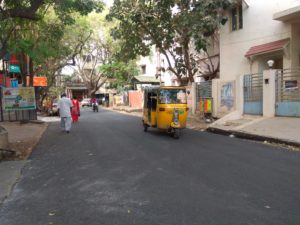 Abiramapuram First Street and Third Street have been relaid by civic contractors and residents are a happy lot because the streets had not been attended to for years..

The civic body has been relaying badly damaged roads in the neighbourhood the past few days.

Till recently, whenever it rained, the residents of these two streets had to wade through ankle-deep water as the streets were usually flooded.

This flooding and the bad condition of the road worsened the civic condition here.

Resident Giridharan Kesavan says that the two streets have been re-laid properly. He says, “We kept highlighting the poor condition with letters in Mylapore Times and later, Mylapore MLA R.Nataraj took up the issue.”

However, some residents pointed out that some parts of the road were at a lower level compared to others. “We fear it could lead to flooding again during the monsoon, ” said a woman here.

Said Anusiya, another resident, “While relaying, the workers have removed the two-speed breakers that were present on this road. It will be good if they could set them up again.”