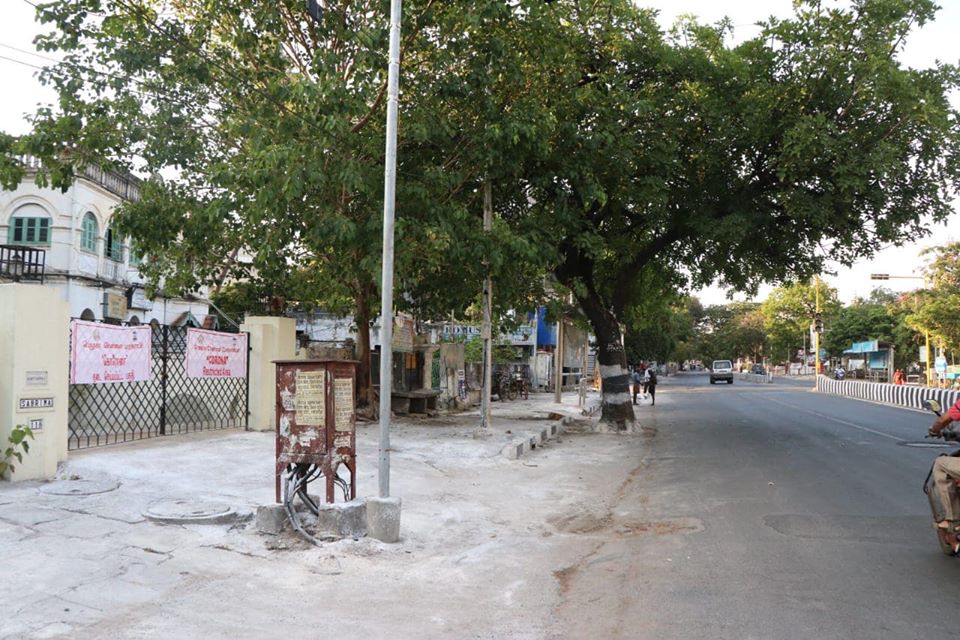 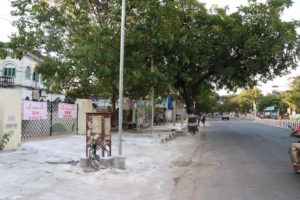 Seven people in one household at San Thome have tested positive for the virus.

Also, a woman residing at south Trustpakkam has reported virus-positive.

This is the latest information given by a senior Chennai Corporation officer (zone 9) to Mylapore Times at 4.30 p.m. today.

At San Thome ( area shown in this photo) , the seven positive cases are the contacts of a 65-year-old man who recently recovered from COVID-19.

It includes his wife and six domestic workers who were working at this house. They are now admitted to a government hospital in Chennai.

At south Trustpakkam, the 40-year-old woman has tested positive for the virus. She is the daughter of a 69-year-old resident of Lazarus Church Road who tested virus-positive a few days ago.

Says a Chennai Corporation officer who wished to remain anonymous and is senior who looks after this Teynampet zone, “The virus spread to the 40-year-old woman when her father was residing at her house in Devanathan Street. She is now admitted to a private hospital.”

Yesterday, one virus-positive case was identified at Appu Street, Mylapore. He is an employee of a Thamizh TV channel. The virus spread to him from his colleagues who tested virus-positive.

The civic body has now formed containment zones around south Trustpakkam and Appu Street. “Disinfection work has begun. We have also started identifying the contacts of the virus-positive cases to send their samples for testing,” the official says.

Till now, the total number of virus cases reported in Mylapore is 11. Of this, one person, the 65-year-old resident of San Thome has recovered. No deaths have been reported so far.

Note; A correction was made in this report. The area of the woman’s case was given as Devanathan St. It was corrected to south Trustpakkam.