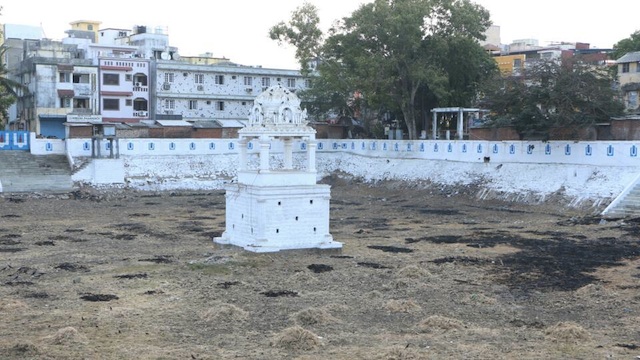 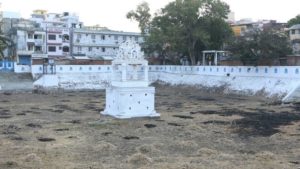 Thursday evening’s steady rain did some good to the Chitrakulam.

The rainwater that flooded the streets around this temple tank rose and was gushing around and since there were some outlets into the tank, the rainwater ran furiously down the jagged slope on the south side and into the tank bed.

But very little water stagnated inside the tank as it got absorbed.

Later, the GCC engineer of this ward released a video that was widely shared.

Experts have said that it is critical to get all households around this tank to set up RWH systems so that rainwater can be trapped and led into the ground here; else all that the tank receives get sucked up by the deep bore-wells sunk all around privately.