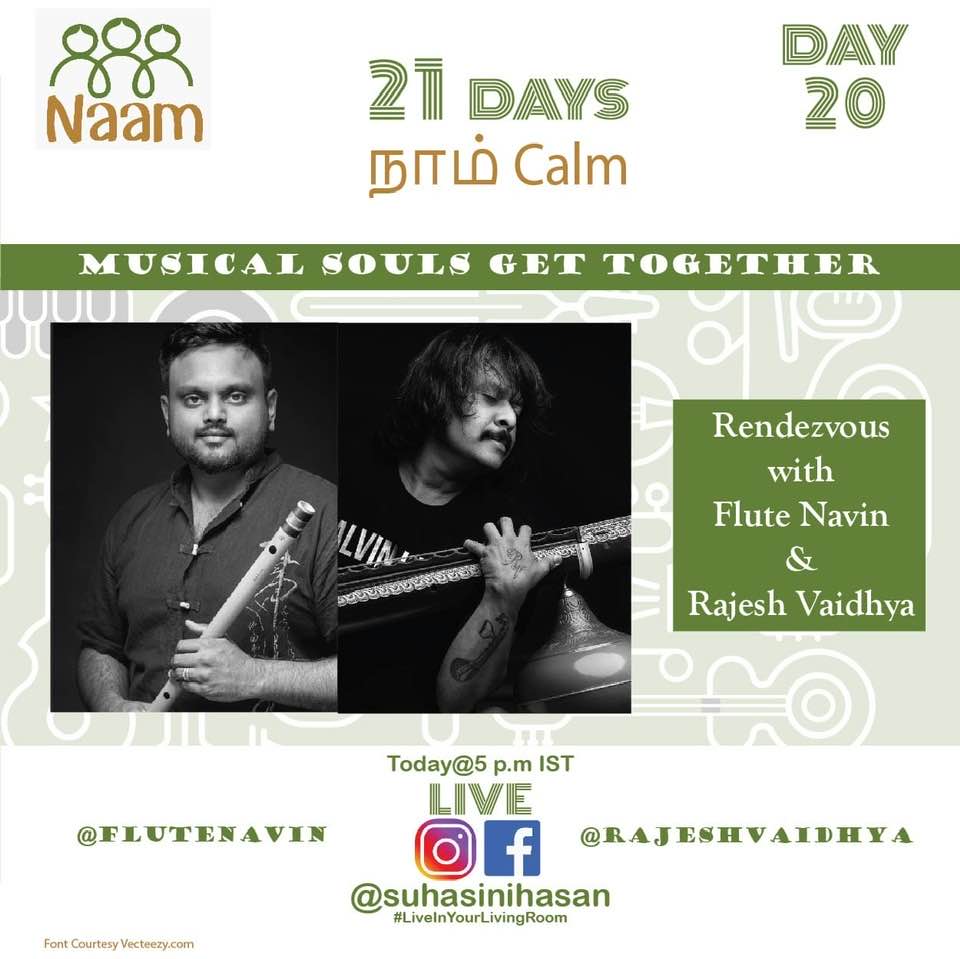 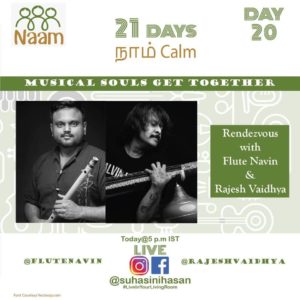 The series was called Naam Calm 21 days. Run live on Instagram and mirrored on FaceBook, actor-director Suhasini Mani Ratnam hosted a daily, evening, one-hour chat show with a string of talented artistes and special guests that ran for 21 days. And the show was hosted at the couple’s house in Venus Colony, Alwarpet.

Suhasini ended the series on April 14 with a whopping surprise – having film maker Mani Ratnam, her husband to be her guest and take over 20 questions. Mani keeps away from interviews, chats and online shows and his presence and reactions showed many sides of him.

Quizzing him were actors Madhavan, Kushboo and Aditi but Suhasini also presented recorded visual questions from people from all over. And Mani answered them, but in few words that he is known for.

Suhasini said that the idea for this show came when she wondered how she could make use of social media once the 21-day national lockdown was announced and was inspired by some shows that were already online and popular.

Among her guests were musicians Rajesh Vaidhya and Navin and actor Revathy. The chat with Revathy seems to have got the biggest attention in this one-hour series.

The Naam Foundation that Suhasini manages has been doing a lot of community outreach for some time now.