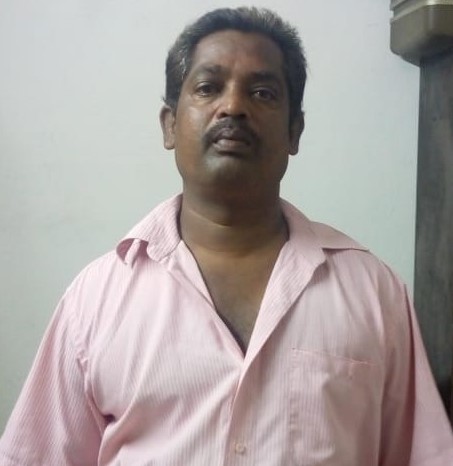 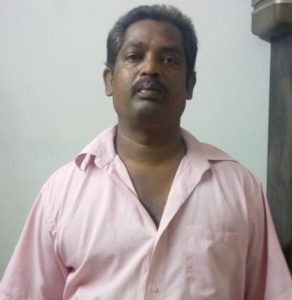 46 year old M. Jeevanathan, who had been a long time resident of Rangaiah Garden Street (off Sivaswami Salai) has been riding his own auto for some 15 years now. But today, all he does is start the auto’s engine once a week and stare at an empty purse.

And he has funds to raise. His younger son, who topped in his school (Savitri Ammal) in the Class X examination a couple of years ago has just written his XII Board exams.  He is unsure about the college admission.

Jeeva’s income has completely dried up over the last three weeks. A slogger by nature, he  has  typically done upwards of 200 kms each day over the last decade, that’s a whopping minimum of 6000 kms a month. He transports lunch meant for executives of big corporates.

He also carries new BSA cycles from the showroom on Sivaswami Salai and delivers it to customers. Every bit of this has come to a standstill over the last month. During the initial period of the lockdown of 21 days there has been no income at all with the auto not having moved an inch. All that he has been doing is to start the engine once a week so the carburetor is not damaged but that’s about it.

His wife does household chores in a few houses off Sivaswami Salai but over the last three weeks she has been asked not to come. That income source dried up. His elder son  joined an IT firm after his graduation and it’s with that salary that Jeeva is trying to run the family.

The extension of the lockdown has left him in a state of shock. He will have to survive another three weeks without any income. For a man who rode 200kms each day to stay put at home for a whole month is turning out to be a big challenge. “We were hoping auto services would be allowed to resume after April 20 but that is not to be, ” he says.

While he is grateful to the government for having provided him Rs 1000, 15kgs of rice, a kilo of sugar and a palm oil packet, there is the house rent to be paid at the end of this month and he is not sure how he is going to manage that.

There is a family of six to care including his aged parents. Suddenly, daily sustenance has become an issue for this very busy auto driver who has almost never said no to a customer over the last decade doing regular 11pm trips to stations and 3am trips to the airport.