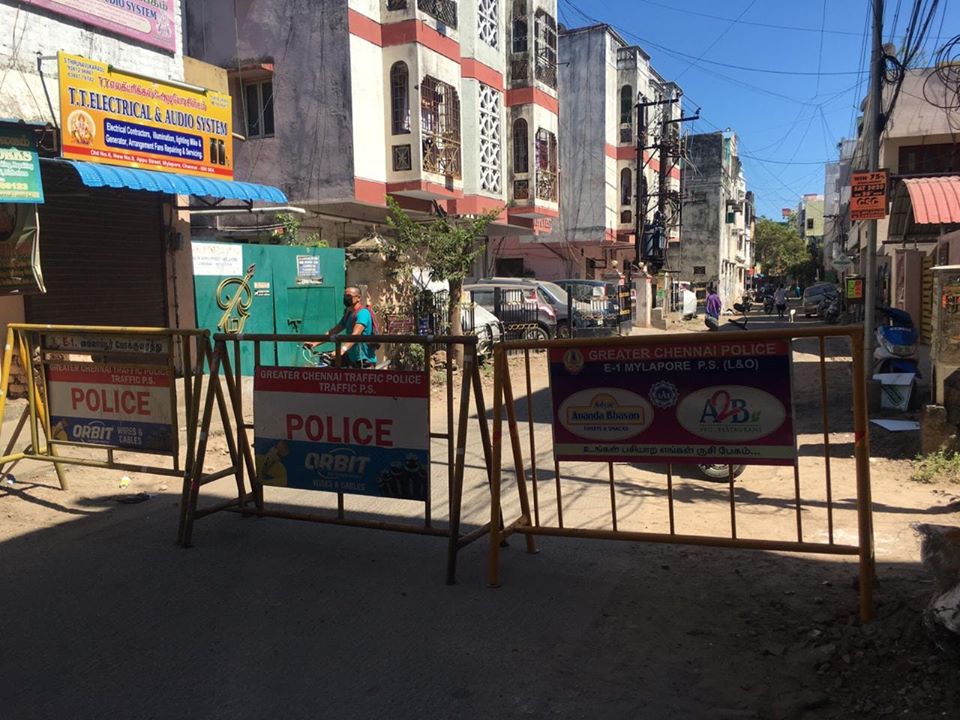 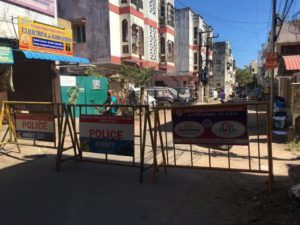 The coronavirus outbreak that began in Mylapore by late March has now spread far and wide affecting more than 79 people in the neighbourhood.

Virus cases have since been reported from different parts including San Thome, R.A.Puram, Abhiramapuram, Mandaveli, Nochikuppam and Thiruvalluvar Salai.

On March 28, the first virus case was reported at San Thome. A 65-year-old man tested virus-positive after he returned from New Zealand.

On April 19, the next virus case was reported. This time, a 69-year-old man living off Lazarus Church Road in R A Puram tested virus-positive.

By the second week of April, the 65-year-old San Thome resident got fully recovered and was back home.

On April 22, seven people from his household in San Thome tested virus-positive. This included his wife and six domestic helpers at his house.

However, a few days later, he tested negative for the virus. Residents of Shanthi Flats confirmed that the TV channel staffer had earlier tested positive under a defective Rapid Test Kit (RTK).

On April 25, a new case was reported at Meenambal Puram slum, located behind Citi Centre mall in Mylapore. Here a woman had tested positive for the virus.

On April 28, 12 more cases were reported from Meenambal Puram. All were contacts of the woman who first tested virus-positive here. It is not clear of the contacts have tested negative or still in quarantine.

On April 29, Nochikuppam reported its first case. A 42-year-old man of this area tested virus-positive.

On April 30, three persons, who are owners of a store in Mandaveli got infected by the virus.

In the first week of May, two police officers residing at CID police quarters at Papanasam Sivan Salai tested positive for the virus.

On May 6, two cases one each at Pallakuma Nagar and Kapali Thotam were reported. Since then, more cases are said to have popped up in Kapali Thotam.

On May 8, four virus cases – two each at Nattu Subbarayan Street and Pudupalli Street were reported.

On May 10, one virus case was reported at Thiruvalluvar Salai near Thiruvalluvar temple. Here a middle-aged man turned virus-positive.

Around this time, a case was reported in Adam Street ( Mandaveli end).

On May 12, four women from Nochikuppam tested positive for the virus. All were contacts of persons who earlier tested virus-positive from this area.

On May 14, Mylapore reported its first death due to COVID-19. A 64-year-old man, a resident of Muthu Street off San Thome High Road who tested virus-positive a few days ago passed away while he was undergoing treatment at Rajiv Gandhi Government General Hospital.

Also, on this day, Chennai Corporation declared that Appu Street was no longer a containment zone as no new virus cases were reported from this area since the past 28 days.

On May 15, the 42-year-old man who first tested virus-positive from Nochikuppam got fully recovered and was back to his home.

Also, 3 more virus cases were reported from Nochikuppam. The affected persons included a 50-year-old woman, a 29-year-old woman and a 4-year-old boy. All are extended contacts of persons who earlier tested virus-positive from this area.

Around the same time, seven new virus cases were reported in Mylapore. And one was reported at Assistant Commissioner’s Police Quarters off Kutchery Road

On May 17, four new virus cases one each was reported at Thiruvalluvar Salai, Director General of Police (DGP) office off Kamarajar Salai, Marina, Prof. Sanjeevi Street and Nochikuppam.

On May 20, a police officer monitoring containment zone at Meenabal Puram confirmed that all 13 persons who turned virus-positive from Meenabalpuram slum behind Citi Centre mall have fully recovered and are back to their house. He also said that this area is no longer a containment zone.